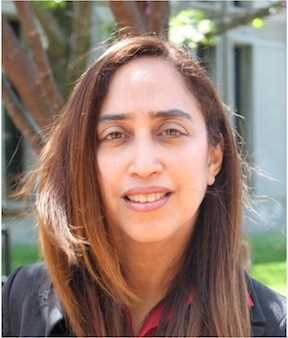 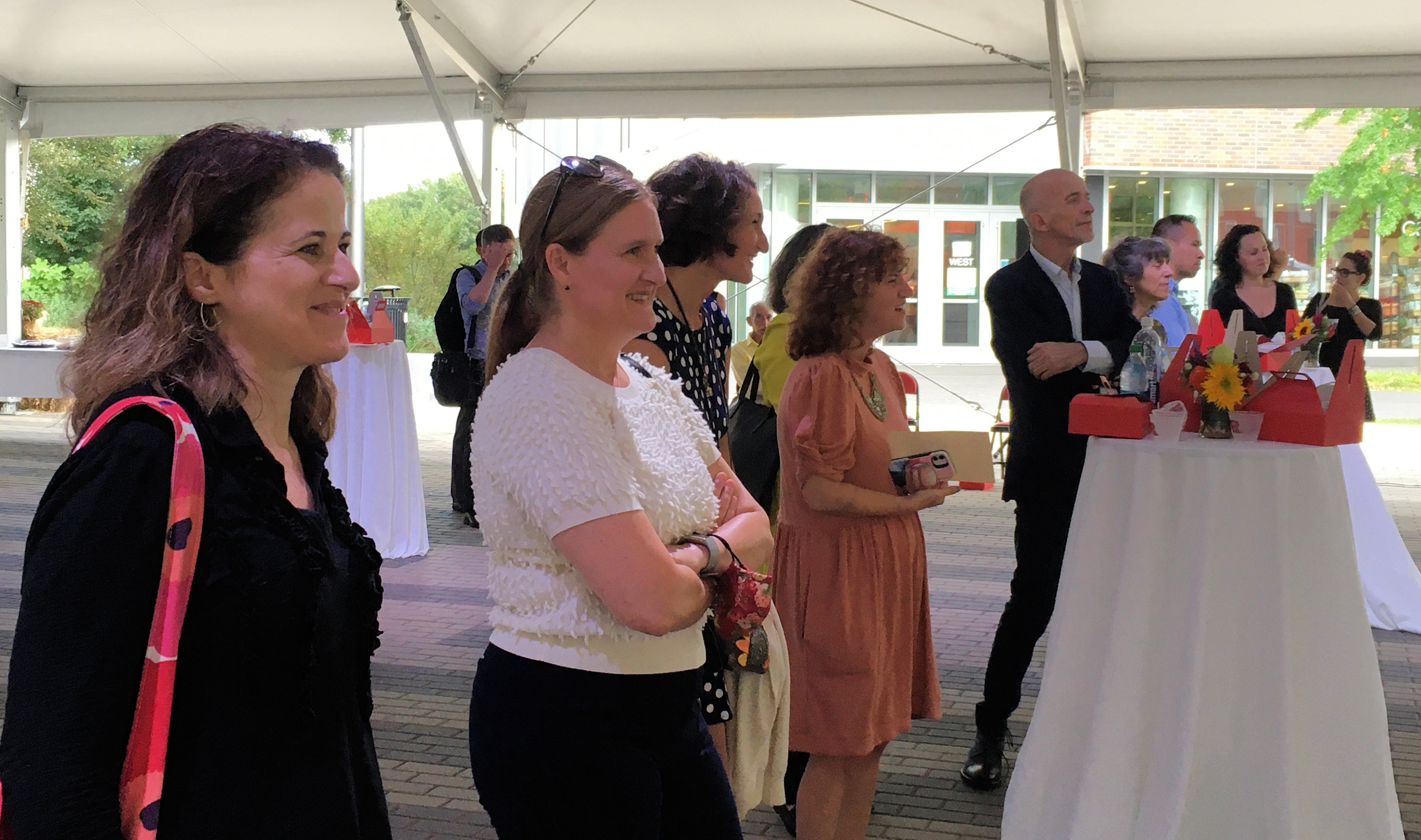 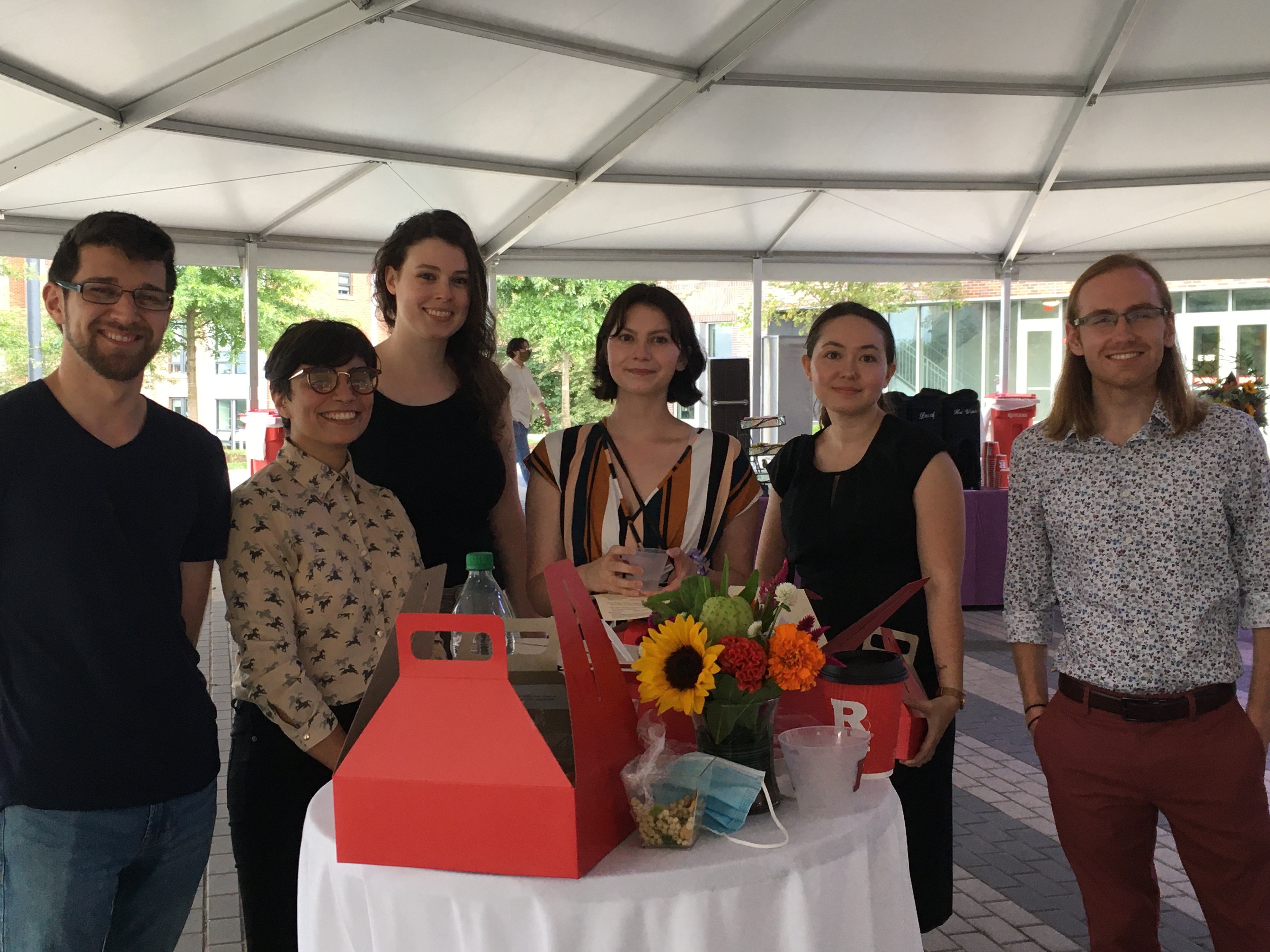 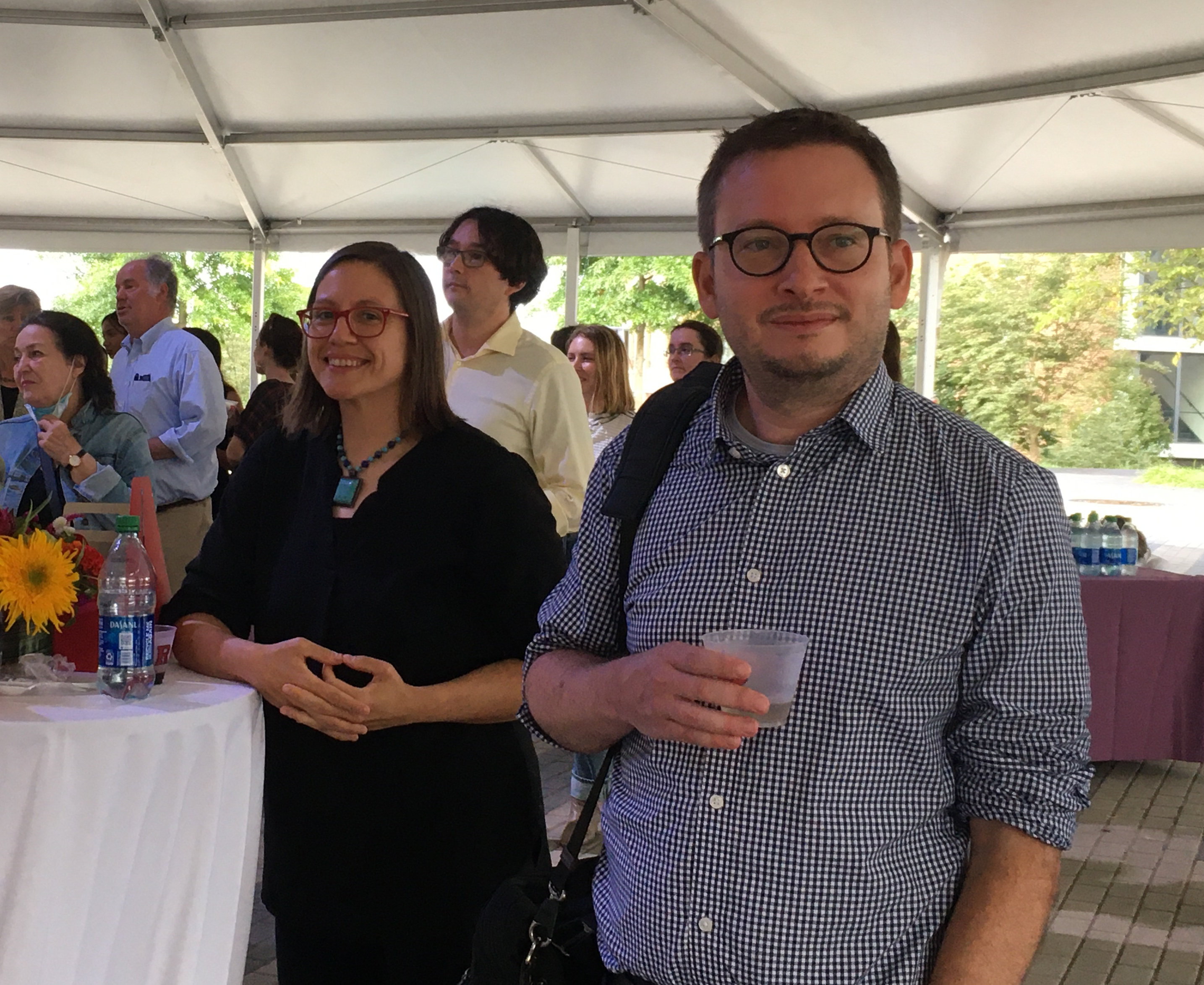 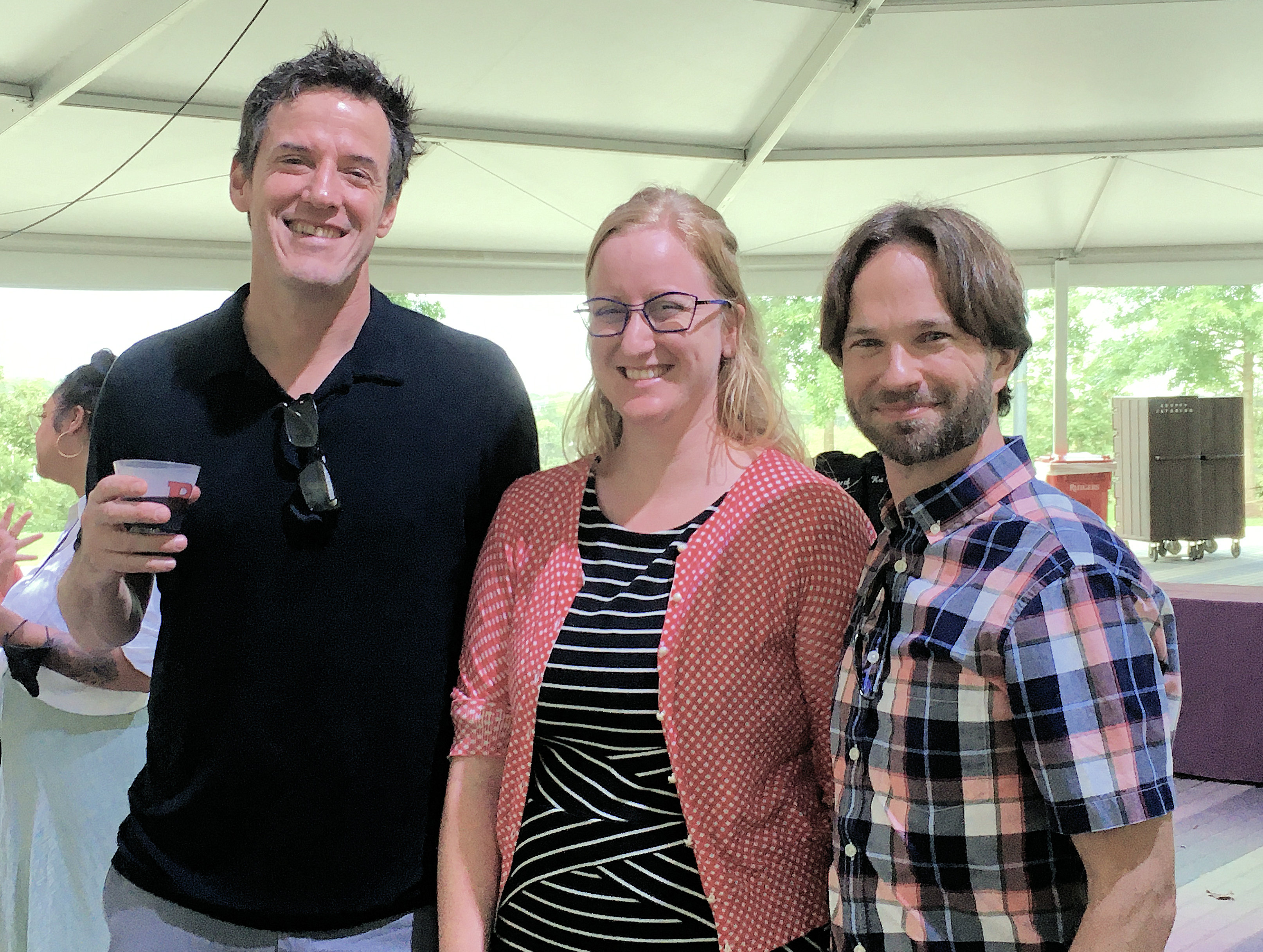 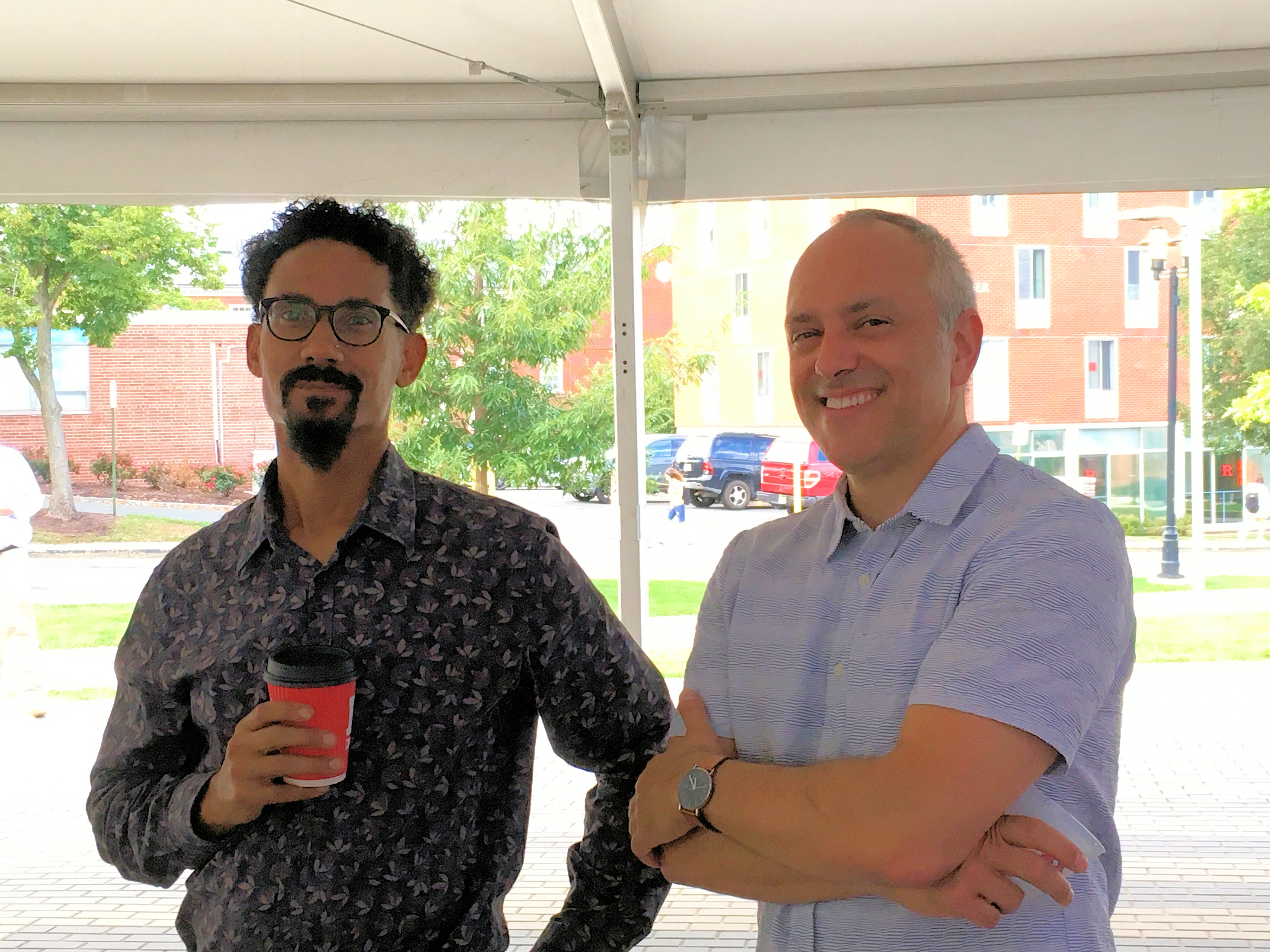 This course will explore issues and questions generated by two developments in medieval studies: the increasingly central position of gender as a topic for critical analysis, and the use of contemporary theory as a means to explore the past. We will be concerned to trace out how medievalists have both used and produced theories that touch on gender, to examine fundamental changes in public attitudes toward gender from the fifth through the fifteenth centuries, and to develop a variety of working models for theorizing gender in medieval texts.

We will focus many of our primary readings on hagiography and romance—two extremely popular genres of medieval writing. Both genres foreground gender, gendered bodies, sexuality, marriage, and family within highly formulaic and yet historically particularized narrative structures, and thus offer rich ground for mediating between theoretical issues and the claims of a particular historical period. Brief tours of Old English poetry and later medieval visionary literature will offer additional perspectives on gender, as well as primary materials for theorizing gender. Throughout the course, we will read theoretical texts and examine analyses of gender from a variety of disciplines, including archaeology, linguistics, environmental humanities, art history, animal studies, French, and material culture. This course requires no prior experience in medieval literature and will provide a solid foundation for students who may be asked to teach medieval texts at some point in their careers. All texts will be available in modern English translation. However, some course time will be reserved for increasing students’ facility with Old and Middle English.

This course is an experiment in juxtaposition, exploring the timely question of enlightenment and its legacies through readings in eighteenth-century verse. The recourse to poetry is intended as a provocation, with a dual aim: on the one hand heading off the tendency for critical evaluations of enlightenment to take the form of a referendum and on the other asking why and whether poetry should merit this kind of exemption. We will alternate weeks focusing on philosophy and theory with weeks devoted to poetry and criticism, the latter organized mostly by genre and theme (for instance: embodiment, georgic, England and/in the world). Critiques of enlightenment are especially urgent and vital in this moment of reckoning with systemic racism and its institutional and intellectual rationalizations, but this very urgency poses problems of method. The scholarly obligation to complicate and particularize can produce a kind of defense-in-spite-of-itself in the name of a neutral or critical history (as opposed to the polemical mode embraced by self-appointed defenders of “enlightenment reason”). A related problem: the genealogical study of 18th-century modernity as the source of our current predicament often seems to be the least literary version of the 18th century. But what does that imply about the constitution of the literary, and more broadly the aesthetic, then or now? Poets we read will likely include Pope, Swift, Montagu, Thomson, Leapor, Wheatley, Goldsmith, Crabbe, and Cowper; philosophers will include Locke, Rousseau, Kant, Horkheimer and Adorno, Foucault, Wynter, and Mills. Writing assignments, similarly, will alternate between close analysis of poetic language and approaches to writing with and about theory.

Theory and Practice of Victorian Fiction

This seminar offers an opportunity to explore the form of the realist novel and the genres of literary criticism. Each week, we’ll read a work of Victorian fiction alongside a nineteenth-century commentary (book review, preface, obituary, marginalia…) and a twenty-first century intervention (article, book chapter, bibliography, video, database, exhibit). We’ll think together about what modes of argument are particular to a genre (the novel), a medium (print), a timing (serialization). In order to figure out how new critical genres and archival formats are changing (as they always have) the rules of the critical game, we’ll experiment with biweekly exercises in a series of genres of professional writing. In place of a single long research paper, therefore, we will lead up to a conference paper by

Renaissance and Reformation from Erasmus to Milton

English literature is profoundly inflected by the event of the Reformation and the ever-evolving vernacular Bible. Moving toward such works as Shakespeare’s Hamlet and Milton’s Paradise Lost, this course traces the history of literary production as it assumes and often confronts the problems of humanism and religious reformation. The course begins in the Italian Renaissance and moves quickly to the north, exploring the consequences of the new approaches to texts inaugurated by humanists such as Valla and Erasmus. Once in Tudor England, we look closely at two related trends: the effects of the revolution in textual studies on literary production, and the engagement of literary texts with the rise of Protestant literalism and other cultural changes wrought by the vernacular Bible.

This course explores a major part of literary history not otherwise covered by our curriculum and seeks to serve several other curricular needs: 1) to provide a survey from 1500-1700 equipping students with an essential knowledge of Renaissance humanism and its perplexing relationship with the Reformation; 2) to bring students into contact with “religious turn” in early modern studies, and involve them in current debates about the role of religious controversy in literary study; 3) to acquaint them with the formative but often understudied literature of the early Tudor period, such as that of Wyatt, Erasmus, and More; and 4) to explore the relationships between hermeneutics, literary representation, and criticism. The course begins in the European setting with figures like Erasmus and Luther, tracing the debates and problems generated Renaissance and Reformation, and moves quickly north to England, exploring the work of Wyatt, Anne Lock, Spenser, Donne, Shakespeare and other dramatists, and Milton. (Since the latter part of the syllabus could take many potential directions, I am eager here to fill the particular interests and needs of students.) We read secondary such as: Auerbach, “Figura”; James Simpson, Burning to Read; readings by Debora Shuger, Stephen Greenblatt, Brian Cummings, etc. Students will be required to give a series of short presentations, and write a longer seminar paper at the end.

Luther and Erasmus, Debate over Free Will (1525)

Mary and Philip Sidney, The Sidney Psalms and other texts.

Milton, Paradise Regained and/or Lost (1674) and some prose, depending on student needs.