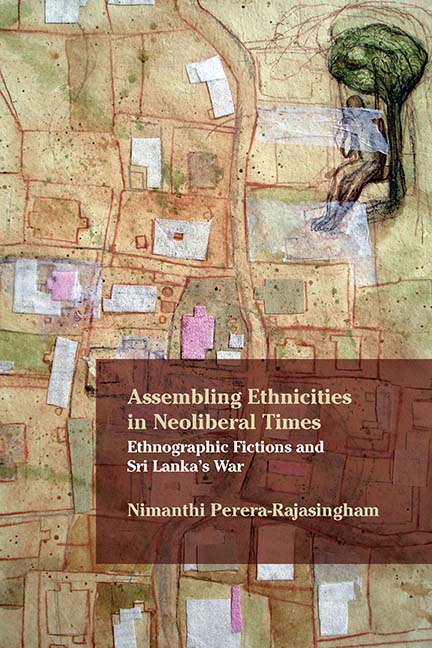 Assembling Ethnicities in Neoliberal Times: Ethnographic Fictions and Sri Lanka’s War argues that the bloody war fought between the Sri Lankan state and the separatist Tamil Tigers from 1983 to 2009 should be understood as structured and animated by the forces of global capitalism. Using Aihwa Ong’s theorization of neoliberalism as a mobile technology and assemblage, this book explores how contemporary globalization, as an economic system and a governing rationality for the management of populations, has exacerbated forces of nationalism and racism.

One of the book’s key interventions is to demonstrate that the form of ethnographic fiction is vital for understanding neoliberal assemblages. Nimanthi Perera-Rajasingham argues that the fictions that belong to this form have both internalized certain colonial Orientalist impulses but also critically engaged with categories of objective gazing, empiricism, and temporal distancing. She demonstrates that such fictions take seriously the task of bearing witness and documenting the complex productions of ethnic identities and the devastations wrought by warfare.