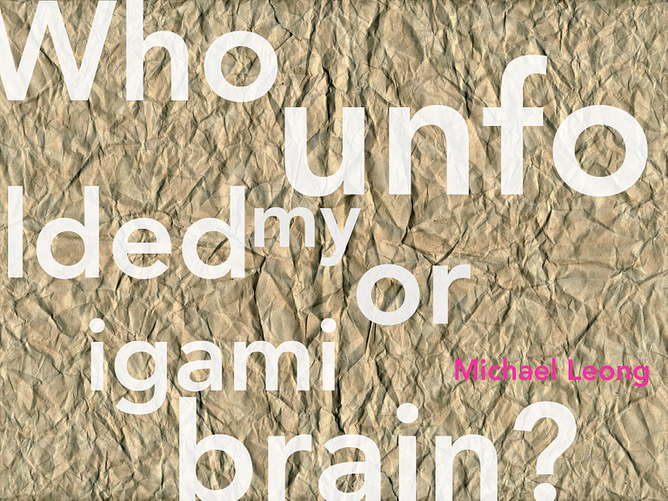 Who Unfolded My Origami Brian?

Who Unfolded My Origami Brain? is a collection of 99 fragments, aphorisms, and typographic poems. By turns gnomic, rhetorically playful, lyric, and apocalyptic, these distilled and minimalist texts were painstakingly typeset and printed by hand with a Trodat 5253 Self-Inking Custom Stamp, a mechanism that accommodates three and four millimeter rubber type. The goal of Leong’s ascetic practice of “stenography” (literally meaning “narrow writing”) was to impress a surface, to put it “under an impression” (in the way one is “put under” hypnosis). The poems were then transmediated and transformed to create a visually striking blend of digital and analog textures. The color-coded pages of the book feature special buttons that allow for multiple pathways of reading: Who Unfolded My Origami Brain? is a hypertextual, hypermaterial experience.