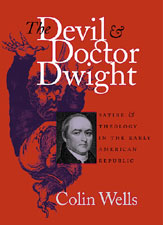 IThe subject of this study is an episode in American literary and religious history in which Timothy Dwight, outspoken Connecticut poet, clergyman, and educator during the Revolutionary and early republican periods, undertook to wage war against the forces of "infidelity." My argument is that an understanding of this literary campaign makes possible a reconstruction of the more momentous ideological struggles and transformations taking place in America during this period—party warfare between Federalists and Democratic-Republicans, the theological and social struggles among various groups of orthodox and dissenting Protestants, and the intellectual controversies arising from Enlightenment secularism and progressivism. Such a reconstruction, however, depends first upon an act of literary recovery, not merely of a number of lost or misunderstood works but, more important, of the ideological contexts that made the controversy surrounding infidelity so powerful in its own time, for this story has not been fully understood by modern scholars.