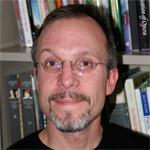 Professor Buckley specializes in comparative early modern and modern theatre and drama, with a particular emphasis on the drama’s relation to the history of modern mass culture, media, visuality, and time.  His publications include Tragedy Walks the Streets: The French Revolution in the Making of Modern Drama (Johns Hopkins, 2006), as well as articles in Modern Drama, Theatre Survey, Theatre Journal, Victorian Studies, Studies in Romanticism and elsewhere.

For the past decade, his work has focused on the origins and early development of stage melodrama and on the broad implications of melodrama’s extended, multi-medial, trans-cultural history.  In 2012, he edited a special issue of Modern Drama (55:4) devoted to recent international scholarship on melodrama on stage, film, and television; in 2013, he founded the Melodrama Research Consortium, a global network of over 125 melodrama scholars working across the humanities and the arts, to foster, organize, and facilitate collaborative and interdisciplinary research on the topic (www.melodramaresearchconsortium.org).  His current research projects include the Digital Database of 19th-Century British Melodrama, begun in 2008, which now includes more than 10,000 entries and is currently being used to generate the first historical atlas of British stage melodrama’s emergence and growth, and the Melodrama Database Project, an international, interdisciplinary effort, begun in 2013 and now including more than three dozen scholars, to design and construct a digital database of the global history of stage, film, television, and new media melodrama.

Professor Buckley is currently the director of the Melodrama Research Consortium and the Melodrama Database Project and the chief editor of the Ashgate Research Companion to Melodrama, a comprehensive guide to melodrama scholarship planned for publication in 2018. His current book projects include Becoming Melodramatic, which explores melodrama’s historical formation, examines its formal development and cultural impact, and assesses that history’s challenge to our understanding of both melodrama and narrative culture in modernity, and Place of Seeing, a re-examination of major works in the history of Western theatre iconography.