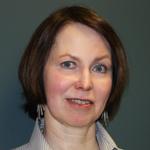 Ann Baynes Coiro works on seventeenth-century English literature and culture, ranging from William Shakespeare to Aphra Behn. While book history and performance theory underlie her work, form and the history of form are central. Milton’s poetry is one primary focus, particularly its deep roots in drama and performance (she is a past president of the Milton Society of America). Her many articles address the significant but relatively neglected body of post-Shakespearean drama, the diverse range of Cavalier poetry, the poetry of Robert Herrick, Amelia Lanier and Andrew Marvell, and John Dryden’s critical work.

Recently she has co-edited Rethinking Historicism from Shakespeare to Milton (Cambridge University Press, 2012) with Thomas Fulton and Milton in the Long Restoration (Oxford University Press, 2016) with Blair Hoxby. With Lisa Walters and Lara Dodds she is currently editing the first collection of essays putting scholarship on Margaret Cavendish and John Milton together, Cavendish and Milton: Rethinking Seventeenth-Century Literature and Culture.