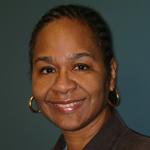 Professor Wall is the author of Worrying the Line: Black Women Writers, Lineage, and Literary Tradition (2005) and Women of the Harlem Renaissance (1995), and the editor of Changing Our Own Words: Criticism, Theory, and Writing by Black Women (1989). She has edited two volumes of writing by Zora Neale Hurston for the Library of America – Novels and Short Stories (1995) and Folklore, Memoirs and Other Writings (1995) – as well as two volumes of criticism on Hurston's fiction: "Sweat": Texts and Contexts (1997) and Their Eyes Were Watching God: A Casebook (2000). She is the section editor for "Literature since 1975" in the Norton Anthology of African American Literature (2003). Professor Wall, a specialist in Black women's writing, the Harlem Renaissance, and Zora Neale Hurston, serves on the editorial board of American Literature and on the advisory boards of African American Review and Signs: Journal of Women in Culture and Society. A former chair of the department, Professor Wall remains active in university affairs. In 2003, she was co-principal with Mary Hartman of the Institute for Women's Leadership on "Reaffirming Action: Designs for Diversity in Higher Education." This Ford Foundation-funded initiative examined the strategies higher education institutions successfully employ to enhance racial and gender equity. Most recently, Professor Wall was selected by President McCormick to serve as Vice Chair of the Steering Committee on Implementation, a body organized to enact sweeping changes in undergraduate education at Rutgers. She has just become co-chair, with Rutgers University President Richard L. McCormick, of the President's Council on Institutional Diversity and Equity.

Other Information of Interest