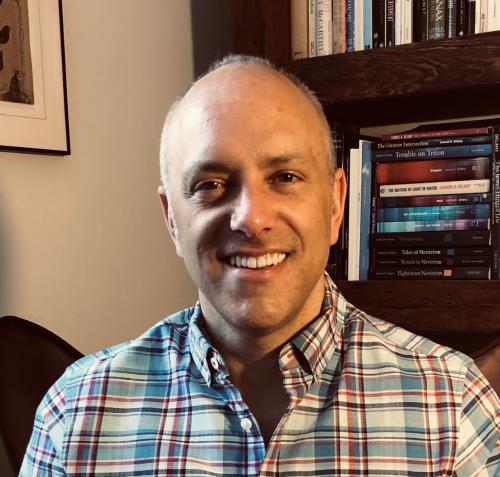 My research and teaching focus on the history and theory of the novel, narrative theory, and sexuality and gender, with an emphasis on the nineteenth century.

My first book, Empty Houses: Theatrical Failure and the Novel (Princeton, 2012), examined the theatrical ambitions of anglophone novelists (Thackeray, Eliot, James, Joyce, and Baldwin) better known for their narrative explorations of domestic and psychological interiors, tracing the novelistic aftermath of these theatrical projects to claim that these writers’ pioneering narrative techniques for representing interiority grew out of a frustrated appetite for collectivity. The book proposed that the novel, frequently taken as a proponent of inwardness, prompts us to public ways of imagining the psyche, intimacy, and sexuality. My current project, “The Erotics of Large Numbers,” explores how nineteenth-century realism (in writers like Austen, Balzac, Eliot, and Galdós) casts mass experience in eroticized terms. I argue that this eroticism—frequently but not always traumatizing—covers such disparate collective objects as the population explosion, the group identities of sexual minorities, and the statistical and sociological literature that tried to make sense of these phenomena. Parts of the project have appeared in New Literary History and The Cambridge Companion to Narrative Theory, and (in early iterations) in Novel: A Forum on Fiction and ELH.

Other areas of interest include queer theory (especially in its intersection with the methods of literary study) and contemporary Latin American fiction. I’ve written about the former most recently in “A Few Lies: Queer Theory and Our Method Melodramas”( in ELH; an excerpted version is at The Chronicle of Higher Education) and in “Is There A Gay Literature of Poverty?” (in Politics/Letters). My contribution to Columbia University Press’s “Rereadings” series, The Savage Detectives Reread (2022), sorts through the controversies surrounding Roberto Bolaño’s 1998 novel in order to explore the book’s decentering of anglophone visions of literary prestige, and my translation of Julio Cortázar’s 1975 novella Fantomas versus the Multinational Vampires was published by Semiotext(e]) in 2014. Essays about contemporary novelists like Elena Ferrante, Fernanda Melchor, César Aira, and Rodrigo Rey Rosa have appeared in Public Books, Politics/Letters, Full Stop, Reading in Translation, and ASAP/J.