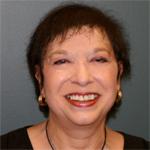 "My teaching philosophy draws on my experience as a student at UC Berkeley, where I had the best teachers in the world, and in Paris, where I learned from the best theorists in my field. They are my mentors and my inspiration for the three cornerstones of my teaching philosophy: Passion, Commitment, Compassion. The first means engagement with the material, approaching the challenges of my subject with a sense of surprise and wonder. The second involves a commitment to learning, a commitment to each other, and a commitment to the world at large, making classroom learning relevant to life outside the classroom. And the third sees teaching and learning as a reciprocal process, a sense of community that comes from the connections we establish through education. In my teaching I strive to embody these qualities and I hope that my students, in turn, find these qualities in themselves. "

Professor Flitterman-Lewis' publications include: To Desire Differently: Feminism and the French Cinema (1st ed.; Illinois, 1990), To Desire Differently: Feminism and the French Cinema, (2nd edition; Columbia University Press, 1996), New Vocabularies in Film Semiotics (Routledge, 1992), and Essay-Chapters in 30 anthologies; articles in 36 scholarly journals. She organized Hidden Voices: Childhood, The Family, and Antisemitism in Occupation France (A symposium on daily life and material culture in France during World War II with an emphasis on the lives of children; Columbia University, Maison Francaise, April 3-4, 1998) and co-founded Camera Obscura: A Journal of Feminism and Film Theory and Discourse: Theoretical Studies in Media and Culture. Her work has been translated into French, Italian, Spanish, Korean, Chinese, Japanese, Turkish, Croatian, Russian, Basque, and German.  Her pioneering study of avant-garde French filmmaker Germaine Dulac was recognized at a major retrospective of the director's work at the Musee d'Orsay in Paris, where she was a featured speaker. She is an acknowledged international expert on the work of Chantal Akerman and Agnes Varda, two of the most important filmmakers of the 20th and 21st centuries.