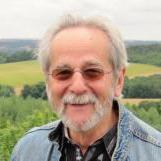 In 1971 I began teaching at Livingston College, a newly established college of Rutgers University. The university was undergoing a radical change in its demographics. The Civil Rights movement and particularly the Newark riots in the summer of 1967 made it imperative that the state and university address the structural racism of its institutions. Part of New Jersey’s response came in the form of Livingston College, which would help Rutgers University become a highly diverse university. Livingston had liberal arts curriculum, but it also many innovative academic disciplines brand new to Rutgers, most were directly tied to its mission—Afro-American and African Studies, Anthropology, Asian Studies, Computer Science, Labor Studies, Puerto Rican Studies, Division of Urban Studies, Urban Teacher Education, and Jazz.

Many incoming students were poorly prepared by their education, and they would require a long haul of work. One reason Livingston College was interested in me was that I developed an intensive reading/writing summer course for incoming students at Indiana University, as a graduate student—Indiana was going through a similar process of actively recruiting inner city students who had not been prepared for college work.

With training in applied linguistics and writing pedagogy, I arrived prepared to teach writing--remedial to advanced--and in time became the Director of the Writing Program at Livingston (1977-84). I also developed and taught “Language and Education” for students in Urban Teacher Education who wanted to be English teachers.

The academic side of my graduate work in the literary domain brought together interests in the Eighteenth Century and in psychoanalysis, and it culminated with a psychological analysis of Daniel Defoe and his novels. So, in addition to various kinds of literacy education, I taught Literature and Psychology regularly and many times team taught it; I also taught Restoration and Eighteenth Century literature a few times, but it was not in demand—the English major required ten courses; it offered five non-mandatory concentrations; and there were no distribution requirements. I taught Psychology and Cinema as well as introductory courses in the novel.

When the university began to consolidate in the late 1980s, the English departments from Rutgers College, Douglass College, University College and Livingston College merged and mostly moved into Murray Hall. It was a physical move but also a move into a different mode of production. Since the colleges at that time maintained some of their original purposes and programs, including their honors programs, they needed faculty leadership; I was asked to be the Director of the Livingston College Honors Program (1987-94).

Prior to taking that post, I began training to become a psychoanalyst (1982-1995). To be in psychoanalytic training, one enters into and remains in psychoanalysis as part of the training. As is not uncommon in that process, it was freeing. I began to write—in particular, about literature in a way that combined my interest in linguistic structures and psychological ones. My first essay was on the structure of Virginia Woolf’s To the Lighthouse. It argues that a structural form comprised of a frame and a center permeates the novel from its first sentences to its overall form, and that the concern with the center is a representation of the trauma she experienced as a youngster. From that essay a book began to form and became Psychoanalysis, Language and the Body of the Text (1997). The first essay also brought me into contact with the editor of American Imago, a psychoanalytic journal focused on culture; he invited me to become a co-editor and eventually I became the editor-in-chief (1987-2002).

From my earliest years at Rutgers I have organized faculty to talk about teaching—conferences and small department groups—but I had not done so for the new face of Rutgers. So, with a year of internal fund raising and organizing, I developed a university wide conference--RU Teaching—focused on the state of undergraduate curriculum (1997). As a single event it was successful—two hundred fifty colleagues attended—and it began a conversation that helped lead to a dynamic change. The New Brunswick Faculty Council was impressed with the conference, thought it should be done regularly and adopted it as its own—over last two decades years I have organized many of these conferences.

Having completed one book, I did not have an immediate project to jump to, and was instead enjoying the prerogative of being an English professor—and just reading. When I completed Toni Morrison’s Beloved, I had a new project, though with no idea that it was one or of how extensive it would become. I just began investigating the representation of the body, in a very concrete sense—how much was the body mentioned? The novel was a visceral experience for me, and I wanted to know what was in the novel that helped to develop that experience. From looking at mentions of the body in that novel and then gradually at ninety-nine others, I began searching out the rest of the word world of those hundred novels (1719-1997). For the body I found a group of one hundred twenty names of the body used in these novels. For each of the other semantic groups new dictionaries were developed. The work looks at the natural world; it looks at the names of the body; the actions of the body; the mental activities of thought, feeling and memory; the institutions, values and orientations that we have collectively constructed; and all the materials and artifacts we make from the natural world. This aspect of the project lays out rules of semantic distribution and shows the unconscious nature of cultural transmission. The project also looks into specific word webs—for example, it looks at the word VOICE across history and inside particular novels, like Invisible Man, which seems to be as concerned with being audible as visible. The manuscript of this work has been completed—Graphic Criticism: teXRays or Reading 2.0 and is looking for a press.

Working on this project brought me into the world of Digital Humanities; I began teaching literary works using basic digital tools, and eventually introduced a Digital Literary Studies course. At about the same time, graphic novels began to have an impact, and that field too seemed worthy of study, hence I developed Introduction to the Graphic Novel. In addition to research and teaching, faculty also participate in a wide range of governance activities. Among other such activities in my department, the college or school, I have been a member of the New Brunswick Faculty Council for twenty years, often serving on the Executive Committee and once as Chair of the council.

I care about and enjoy all these activities as well as biking, walking my dogs, cooking for my family, spending time with Marilyn--in Maine, going to the opera, the movies or museums--listening to music, talking to my kids, playing my guitar, and meditating with my friends, etc.  Teaching literature, however, brings to consciousness that for much of the world trauma is more likely than love.

Dr. Martin Gliserman - The representation of the body in the novel

Faculty of Arts and Sciences, Outstanding Contribution to Undergraduate Education, 2006

National Associaton for the Advancement of Psychoanalysis