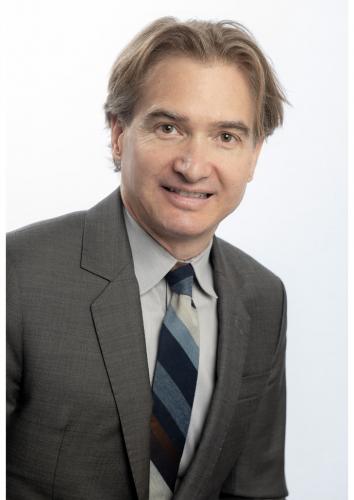 Henry S. Turner is a specialist in Renaissance literature, with a focus on the theater of Jonson, Shakespeare, and their contemporaries and on intellectual history, especially relations between literature and science, literature and political thought, and literature and philosophy. He is currently writing a book on ideas of experience and the "world" in Shakespeare and in American pragmatism with Jane Hwang Degenhardt (University of Massachusetts, Amherst) tentatively entitled The Shakespearean Horizon: Worlds Upon Worlds in the Renaissance and Today. The book explores pluralistic understandings of the concept of "world" in Shakespeare's plays as a means to imagining alternatives to globalization and an anthropocentric future. A co-written essay from the book on how concepts of experience, race and region inform Shakespeare's response to early globalization in the Comedy of Errors has recently appeared in the journal Exemplaria; an essay on fiction, dreams, and experience in A Midsummer Night's Dream is forthcoming in a special issue of SEL: Studies in English Literature devoted to "World, Globe, Planet." More details about past, current, and future work may be found at www.henrysturner.com.

Professor Turner is the author of three monographs on Renaissance literature and culture. The Corporate Commonwealth: Pluralism and Political Fictions in England, 1516-1651 (University of Chicago Press, 2016), traces the history of the corporation as a political institution and political idea from Thomas More’s Utopia to Sir Thomas Smith's writings on commonwealth and colonialism, Richard Hooker's corporate theology, Richard Hakluyt's account of the early joint-stock companies, the comedy of Thomas Dekker and the Roman tragedies of Shakespeare, Francis Bacon's ontology of nature, and Thomas Hobbes’s pragmatic theory of representation in Leviathan, with a Coda on the university as a corporate idea. The Corporate Commonwealth shows how the corporation addressed problems of group life that formed the core of political philosophy from its inception: relations between the one and the many, the nature of sovereignty, administration and constitutions, justice as an adjudication among competing systems of value, the nature of group “personhood” and group action. The Corporate Commonwealth was awarded the 2017 Elizabeth Dietz Prize for the best book in English Renaissance Studies and Honorable Mention for the 2017 Barnard Hewitt Award for Outstanding Research in Theatre History.

Professor Turner's second monograph, Shakespeare’s Double Helix (Continuum/Bloomsbury, 2008), juxtaposes a reading of Shakespeare’s A Midsummer Night’s Dream with the history of genetics and contemporary debates over genetic engineering and theories of the posthuman. His first book, The English Renaissance Stage: Geometry Poetics, and the Practical Spatial Arts, 1580-1630 (Oxford, 2006), places the history of theater into the rich culture of early scientific thought in England, showing how poets and playwrights borrowed some of their most important ideas about form and representation from the fields of geometry, mathematics, and cartography. In 2007, The English Renaissance Stage was awarded Honorable Mention for the best book of the year in literature and science by the Society for Literature, Science and the Arts.

Professor Turner has also edited a large-scale collection of essays on Early Modern Theatricality (Oxford, 2013), a collection on literature, economics, science, and urban history entitled The Culture of Capital: Property, Cities, and Knowledge in Early Modern England (Routledge, 2002), and a special double issue of Configurations: Journal of the Society for Literature, Science, and the Arts 17.1–2 (Winter 2009) on “Mathematics and the Imagination” (with Arielle Saiber). He recently edited Ben Jonson's Poetaster for the Routledge Anthology of Early Modern Drama, ed. Jeremy Lopez. His articles, essays, reviews, and interviews have appeared in Annals of Science, Configurations, differences, ELH, Isis, JEMCS, Nano, postmedieval, Public Books, Renaissance Drama, Renaissance Quarterly, Shakespeare Quarterly, Shakespeare Studies, South Central Review, and The Spenser Review, as well as in a wide range of edited collections. He has served on the Editorial Board of Shakespeare Quarterly, Renaissance Drama, Exemplaria, and The Hare, as Book Review editor for The Upstart Crow (2005-09) and Configurations (2005-6), and on the Editorial Board of the book series “Edinburgh Critical Studies in Shakespeare and Philosophy” (Edinburgh University Press). In 2008, he chaired the Executive Committee for the MLA Division of Literature and Science (2004-09). With Mary Thomas Crane, he is the series co-editor for Alembics: Penn Studies in LIterature and Science (Penn Press), which publishes ground-breaking work in literature and science from the classical period to the present. His work has been supported by the National Endowment for the Humanities, the National Humanities Center, and by a Frederick Burkhardt Fellowship from the American Council of Learned Societies, taken in residence at the Radcliffe Institute for Advanced Study, Harvard University.

At Rutgers, Professor Turner is the Vice President for Academic Initiatives, where he guides research strategy, interdisciplinary initatives, and faculty advancement in the office of the Executive Vice President for Academic Affairs. From 2018-2020 he was the inaugural Associate Vice Chancellor for Research in the Humanities and Arts, and he is a former Director of the Center for Cultural Analysis (CCA), a leading institute for advanced interdisciplinary research in the humanities, social sciences, and natural sciences at Rutgers, New Brunswick. He also coordinates EMRG @ RU: The Early Modern Research Group at Rutgers, an interdisciplinary research program on the period 1400-1700 that is currently sited at the CCA (formerly the Program in Early Modern Studies) and is a member of the Steering Committee for the Race and Early Modern World Working Group at the CCA. In the English Department, he has taught undergraduate courses on Renaissance comedy and social life, poetry and poetics in English, French Structuralism and its legacy, and philosophies of the human. At the graduate level, he has taught seminars on early modern literature and science, on literature and political thought, on early modern theatricality, and on Ben Jonson. He supervises graduate students in all of these areas.

By appointment via email to glenda.daniel@rutgers.edu