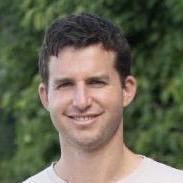 Professor Lawrence is currently at work on a second book project, tentatively titled "Culture in Movement: US Literature, Social Movements, and Political Thought after 1945.” In the context of an increasing emphasis on literary institutions in the scholarship on post-45 American literature, the book argues that social movements rather than institutional networks have been the principle engine of formal and thematic innovations in American literature after 1945. It reads major literary texts from the 1950s forward in relation to the historical development of the counterculture, Civil Rights, Black Power, women’s liberation, anti-Vietnam, Chicanx, conservative, gay rights, Occupy, and Black Lives Matter movements.

Professor Lawrence's work has appeared in or is forthcoming from American Literary History, Twentieth-Century Literature, Variaciones Borges, The IC Scientific Journal of Information and Communication, Pensamiento de los confines, Tropics of Meta, and The Huffington Post. His translation of Andrés Neuman’s How to Travel Without Seeing appeared in 2016.  He is also a founding contributor to the online blog of literary reviews El Roommate: colectivo de lectores.