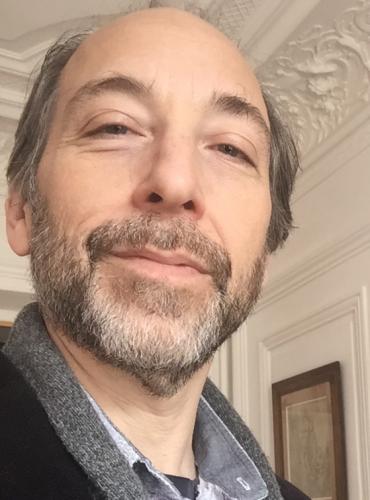 Literature and the Other Arts; Modernist Literature; Victorian Literature

My research focuses on the relations between art and literature from the end of the eighteenth century to the beginning of the twentieth. I write on novels and poems, but also on criticism, art history,  aesthetic theory, and the history of institutions across the period, as well as on the intersection of violence and responses to the fine arts.  At the undergraduate level I regularly teach classes ranging from Victorian Literature to James Joyce, as well as ones with a wider set of concerns, including Principles of Literary Study and Civilization and its Discontents, which are both Core courses. Recent graduate clasess include Aesthetics and Social Critique, War/After War, Decadent to Modern Revisited, and Matter, Thing, and Remain in the Nineteenth Century and After.

I am the author of Material Inspirations: The Interests of the Art Object in the Nineteenth Century and After (2020), Haunted Museum: Longing, Travel, and the Art -Romance Tradition (2005), and Desire & Excess: The Nineteenth-Century Culture of Art (2000) and editor of The Emergence of the Modern Museum: An Anthology of Nineteenth-Century Sources (2007). My articles include: “Display Time: Art, Disgust, and the Returns of the Crystal Palace.” (Yearbook of English Studies, 2010); “Owning Art after Napoleon: Trophy, Symbol, and the Question of Restitution at the Birth of the Museum.” (PMLA, 2010); "Speed, Desire, and the Museum: The Golden Bowl as Art Romance" (Henry James Review, 2002); and "Leonardo, Pater and the Challenge of Attribution" (Raritan, 2001).

My current book project, Overlooking Damage, is a study of the way moral and aesthetic responses come together when confronted with antiquities at risk between the eighteenth century and today.

I have served as President of the Northeast Victorian Studies Association and on the Executive Committee of the MLA Division on the Victorian Period. I have been the recipient of a National Humanities Center Fellowship (1999-2000), an ACLS/Burkhardt Fellowship, and a Rome Prize Fellowship (2003-2004).