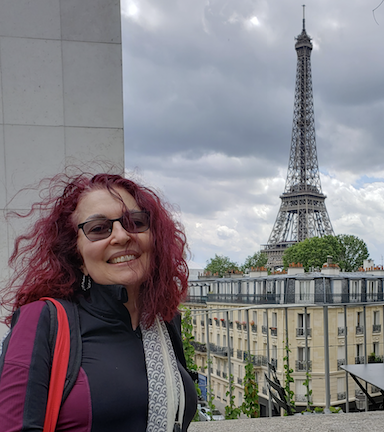 Lauren M. E. Goodlad is Professor of English and Comparative Literature as well as a faculty affiliate of the Center for Cultural Analysis (CCA), the Rutgers British Studies Center, and the Rutgers Center for Cognitive Science. At the University of Illinois, where she taught until 2017, Goodlad was Kathryn Paul Professorial Scholar, University Scholar, Provost Fellow for Undergraduate Education, and director of the Unit for Criticism & Interpretive Theory (2008-14). At Rutgers, she has served as Associate Chair of English and as a member of the executive committee for Graduate Studies; she currently serves as a board member for CCA and RBSC, the chair of a new interdisciplinary initiative on Critical Artificial Intelligence and as Editor-in-Chief Critical AI, a forthcoming multidisciplinary journal. Grant-funding for these initiatives includes a recently announced two-year NEH international grant ("Unboxing AI') to create workshops and other programming in collaboration with partners at the Australian National University.

A specialist in Victorian and nineteenth-century literature and culture, Goodlad also has research and teaching interests in genre studies; critical, feminist, postcolonial, and political theory; television and seriality studies; Big Tech and artificial intelligence; as well as literature in relation to liberalism, globalization, and financialization. She has served as the chair of the MLA's TC History and Literature forum and a member of the advisory boards for Victorian Literature and Culture, Nineteenth-Century Gender Studies, and Victoriographies. Goodlad's new project, tentatively titled Genres that Matter: The Ontological Work of Nineteeneth-Century Fiction, is a longue duree study of groundbreaking Victorian-era media including Wuthering Heights, Trollope's Barchester Chronicles, and the creation of Sherlock Holmes. By way of exploring genre conventions as they migrate and morph across periods, media, and geographic borders, the book describes such varied afterechoes as David Peace's Red Riding Quartet, HBO's Big Love, and the advent of data-driven artificial intelligence. Excerpts from the study have appeared in New Literary History, Re-Plotting Marriage in Nineteenth-Century British Literature, The Edinburgh Companion to Anthony Trollope, and The Wide Nineteenth Century (a recent special issue of Victorian Literature and Culture). Goodlad co-edited What Is and Isn't Changing, a December 2020 special issue of MLQ and has a second project under development on the topic of the country house and the world-system. Parts of the project were adapted for "Said and the 'Worlding' of Nineteenth-Century Fiction," her contribution to After Said (ed. Bashir Abu-Manneh).

Goodlad is the author of The Victorian Geopolitical Aesthetic: Realism, Sovereignty and Transnational Experience (Oxford, 2015, 2016) and Victorian Literature and the Victorian State: Character and Governance in a Liberal Society (Johns Hopkins, 2003) as well as the editor or co-editor of two collections and several special issues: Worlding Realisms, a 2016 special issue of Novel; Mad Men, Mad World: Sex, Politics, Style, and the 1960s (Duke UP, 2013); The Ends of History, a 2013 special issue of Victorian Studies; Goth: Undead Subculture (Duke, 2007); States of Welfare, a 2011 special issue of Occasion; Comparative Human Rights, a 2010 special issue of the Journal of Human Rights; and Victorian Internationalisms, a 2007 special issue of RaVoN. Her work has also appeared in American Literary History, Cultural Critique, ELH, Genre, Literature Compass, Nineteenth-Century Literature, and PMLA. Some of her discussions on the topic of liberalism, from the nineteenth century to the present day, have appeared in Victorian Studies, The Routledge Research Companion to Anthony Trollope, The Blackwell Companion to the Novel, Victorians Institute Journal, and in "Liberalism and Literature," and essay commissioned for The Oxford Handbook to Victorian Literary Culture.

Goodlad's first essay on Mad Men, originally titled "Madmen Yourself," appeared in The Chronicle of Higher Education in 2009 and was reprinted in The McGraw Hill Reader. In addition to the book she co-edited with Lilya Kaganovsky and Robert Rushing, she was the editor of a series of blogs on the show's later seasons and published "It's the Real Thing," her take on the show's 2015 finale, in Public Books. Among other work on serialization and serial telelvision, she has written a keyword on "Seriality" and the afterword to Television for Victorianists (a 2013 special issue of RaVoN), while serving as a juror for the International Emmy Awards' Peter Ustinov Prize for Television Scriptwriting.

Goodlad is currently teaching Serial Storytelling with Professor Chloe Kitzinger and Principles of Literary Study. In Fall 2020 she will teach an honors seminar, Literature of Artificial Intelligence and in Spring 2021, a new 300-level course the Brontes.