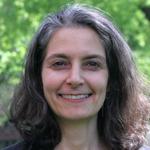 Lynn Festa specializes in eighteenth-century literature and culture, with an emphasis on the role played by literature and literary form in the elaboration of categories of human difference in Britain, France and their colonies.

Her first book, Sentimental Figures of Empire in Eighteenth-Century Britain and France (Johns Hopkins, 2006), examined how the culture of sensibility welded the affective response to other people to broader structures of classification in order to both include and exclude individuals from the class of humanity. Her second book, Fiction Without Humanity: Person, Animal, Thing in Early Enlightenment Literature and Culture (Penn, 2019), drew on riddles, fables, novels, scientific instruments, and trompe l’oeil painting to analyze the shifting terms in which human difference from animals, things, and machines was expressed. Fiction Without Humanity won the 51st annual James Russell Lowell Prize from the Modern Language Association and the Oscar Kenshur Prize for the best interdisciplinary book in eighteenth-century studies from the Center for Eighteenth-Century Studies at Indiana University, and has been reviewed in the Times Literary Supplement and Public Books as well as in academic journals. With Daniel Carey, she co-edited The Postcolonial Enlightenment: Eighteenth-Century Colonialism and Postcolonial Theory.   Festa is the author of more than 25 articles and book chapters on a wide array of topics, including slavery, human rights, it-narratives, cosmetics, and a 1796 tax on dogs. Her article, “Personal Effects: Wigs and Possessive Individualism in the Long Eighteenth Century,” was awarded the James L. Clifford Prize for best article by the American Society for Eighteenth-Century Studies.

Festa teaches undergraduate and graduate courses on eighteenth-century British and French literature; the history of the novel; narrative theory; colonialism, empire and the history of slavery; travel narrative; the Enlightenment understanding of human difference; animal studies; thing theory; the history of sensibility; eighteenth-century women writers, and Jane Austen. With David Brewer, she co-taught a Summer Seminar in the History of the Book on “Books in the Larger World of Objects” at the American Antiquarian Society in 2014. She received the Joseph R. Levenson Memorial Teaching Prize and the Roslyn Abramson Award for excellence in undergraduate teaching at Harvard and a Graduate Teaching Prize at the University of Wisconsin. She has served as Director and Associate Director of the Rutgers English Graduate Program.

"In my teaching, I try to give students a sense of what makes the eighteenth century exciting and relevant to our historical moment, but I also want them to see how deeply alien it was. This was a period whose technologies, belief systems, and social structures were completely unlike those that construct the modern world. Part of why I love teaching eighteenth century texts is because of that electric contact with a way of thinking that is so emphatically not our own."