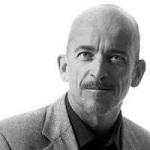 Mark Doty is the author of over a dozen books of poetry and prose, including Fire to Fire: New and Selected Poems, winner of the 2008 National Book Award for Poetry. His eight books of poems and four books of nonfiction prose have been honored by the National Book Critics Circle Award, the PEN/Martha Albrand Award for First Nonfiction, the Los Angeles Times Book Prize, a Whiting Writers Award, a Lila Wallace-Reader’s Digest Writers' Award and, in the United Kingdom, the T.S. Eliot Prize. He has received fellowships from the Guggenheim Foundation, the National Endowment for the Arts, the Ingram Merrill Foundation, and the Dorothy and Lewis B. Cullman Center for Scholars and Writers at the New York Public Library. Professor Doty will join the Rutgers English Faculty as a Distinguished Writer in the fall semester of 2009.