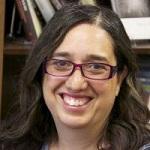 Michelle Stephens joined the Departments of English and Latino and Hispanic Caribbean Studies at Rutgers University, New Brunswick in Spring 2011. Originally from Jamaica, West Indies, she graduated from Yale University with a Ph.D. in American Studies and has been teaching courses in African American, American, Caribbean and Black Diaspora Literature and Culture. Between 2016 and 2020 she served as Chair of the English department and then Dean of the Humanities. She is currently the Founding Executive Director and principal investigator of the Mellon funded Institute for the Study of Global Racial Justice at Rutgers University. Among other works, she is the author of Black Empire: The Masculine Global Imaginary of Caribbean Intellectuals in the United States, 1914 to 1962 (Duke University Press, 2005), Skin Acts: Race, Psychoanalysis and The Black Male Performer (Duke 2014), Archipelagic American Studies, co-edited with Brian Russell Roberts (Duke 2017), Contemporary Archipelagic Thinking, co-edited with Yolanda Matinez-San Miguel (Rowman and Littlefield 2020), and the exhibition catalog and essay collection Relational Undercurrents: Contemporary Art of the Caribbean Archipelago, co-edited with Tatiana Flores (Duke 2017). A founding co-editor of Rutgers University Press’s Critical Caribbean Studies book series, she also sits on the editorial advisory board of Rowman and Littlefield’s Rethinking The Island book series. She is a 2016 graduate of the Licensure Qualifying Program at The William Alanson White Institute of Psychiatry, Psychoanalysis and Psychology and also publishes regularly on race and psychoanalysis in such journals as JAPA, Contemporary Psychoanalysis, Studies in Gender and Sexuality, Psychoanalytic Dialogues, and Psychoanalysis of Culture and Society.

Institute for the Study of Global Racial Justice