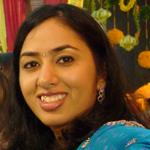 Mukti Lakhi Mangharam works on world literatures and postcolonial studies, Human Rights and Literature, Comparative Modernities, and Feminism and Gender Studies. She has published widely in journals including Journal of Commonwealth and Postcolonial Studies, Diacritics, ELH, ARIEL, and Safundi.

She is the author of Literatures of Liberation: Non European Universalisms and Democratic Progress (Ohio State UP, 2017). The book is fascinated by the way that regional literary traditions - including oral poetry, religious verse, and folk storytelling as well as global forms such as the novel - have registered the colonial expansion of capitalism into the Global South. Mangharam argues that these literatures have resisted colonialism’s racial and cultural hierarchies through an articulation of local and not just European universalisms. These syncretic discourses posit a notion of a shared, universal humanity through home-grown ideas of freedom, equality and democratic social organization. Of this book, NOVEL: A Forum on Fiction, notes that "its comparative reach, appreciation of technical details, and ability to hold within the same critical move the largest and smallest units of analyses make this book a pleasure to navigate." Priyamvada Gopal writes: "The book contributes to what is perhaps the most urgent and relevant critical project of the present day: recuperate ideas of the 'universal' -and cognate concepts such as democracy, modernity, humanism - from the dustbin of obsolescence to which the postmodern turn has attempted to consign them."

Mangharam is currently working on her second book: Freedom Inc. The Novel and Culture in the New India, which explores the way that the meaning of individual freedom has shifted alongside the liberalization of the Indian economy in the early 1990s and how the contemporary Anglophone Indian novel has registered this shift. While certain texts like Chetan Bhagat's popular novels reinforce a neoliberal notion of individual freedom as a capacity to be entrepreneur of the self, others, including Dalit life writing and the self-help novel, reinscribe older, more complex understandings of how to be free in the new India.

Dr. Mangharam is also co-authoring a book with Dr. Danielle Haque on pedagogical questions surrounding teaching empathy through literature in the Humanities classroom. As part of this work she leads voluntary reading group sessions with Braver Angels, a civic group that attempts to bring Americans together to bridge partisan political divides and strengthen our democratic republic.

Here is Professor Mangharam in her own words on what drives her research and teaching:

My passion for literature is driven by the belief that reading is one of the best ways to imaginatively smuggle people across enforced barriers of class, gender, nation, and religion.

The texts I explore posit notions of a shared human world through imaginative uses of literary forms. My ongoing interest in the way that ideas like freedom, rationality, and equality are harnessed against exploitative social divisions is compelled by the question of how a concern with the wellbeing of others been historically achieved. I ask: which literary forms and narrative techniques have encouraged such an empathetic imagination? And how can these texts be taught in the classroom to foster empathy for those regarded as 'Other.'

Before obtaining my Ph.D. at Cornell, I obtained a B.A. in English and History at The University of York, UK, and an M.Phil. in Criticism and Culture at Cambridge. My scholarship and teaching also draw on the various historical and literary cultures I came in contact with during my childhood in Belgium, annual visits to family in India, research trips to South Africa, and editorial internships at the Feminist Press at CUNY. These experiences have produced a fascination for various languages and narrative traditions.

This article focuses on the diasporic Indian writer Thrity Umrigar’s notable novel The Space Between Us (2007), situating the text in the literary context of the post-colonial Anglophone novel, India’s regional tradition of social realism, as well as its liberalized economy and growing class divides. I argue that the novel is exemplary of a growing body of contemporary Anglophone writing from the Global South that centers the figure of the domestic servant in order to problematize the cultural and economic structures that subjugate her. In focusing on these marginalized and dispossessed individuals, texts like The Space Between Us reveal the fictional nature of the discourses of capitalist ‘development’ that neo-liberal globalization is based on. The novel illuminates the oppression of the domestic worker by highlighting how these modern discourses enable the sale of her entire body to the employer so that it can be directed to sit, stand, and embody subjugation and difference in culturally specific ways. I then argue that the novel recuperates an alternative ethics of being by conceptualizing the body as a vehicle between, rather than a mode of segregating, ‘self’ and ‘other.’  In the process, the text teaches the middle class Indian reader to see herself differently – as an agent of exploitation – in a way that leads her to see the servant ‘other’ differently – as someone akin to, rather than different from, her ‘self.’ Umrigar’s cultural work aims to destabilize capitalist modes of evaluating laborers and labor and to shift readers’ ways of seeing, thereby inciting ethical action in specific post-colonial contexts.

This essay examines the poetry of anti-apartheid and civil rights activist Keorapetse Kgositsile who struggled for racial equality in South Africa and while in exile in the US in the 1960s and 1970s. It argues that his poetry presents an alternative to circumscribed rights discourses that are imposed within exclusionary racial, national, and cultural ‘particulars’ by hegemonic institutions such as the nation-state, even as they claim to be universalizing. At the same time, he retains an open-ended discursive notion of the universal as the basis for identity, to be realized only through the particular lived experiences of individuals. Such an open-ended universalism cannot be easily co-opted by power precisely because it is slippery and shape-shifting. Every person, in this schema, is a particular, unique addition to a universal horizon of humanity. Rather than setting up the particular in opposition to the universal, Kgositsile harnesses a flexible free-verse poetic form that posits the universal as an unbounded sum of particulars and formulates a revitalized version of humanism as a basis for identity instead. This essay argues that Kgositsile’s exile poetry points to a theoretical space where the cultural and national specificity of certain human rights oppressions, and the fight against them, must necessarily open out into the humane and the universal, tearing across national boundaries to point towards the commonalities that underpin human life and ethics.

This article is a response to contemporary retellings of the Ramayana, including Sagar's television serial, that have desexualized the epic so that it reflects extremely conservative attitudes towards marriage, sex, and sexuality—attitudes that have been harnessed by nationalist and patriarchal discourses to limit women's ways of being in the world. My act of sexing, feministing, and queering the Ramayana disavows the notion of an inherently inflexible and intolerant Hinduism, divorces the epic from its history of nationalist appropriation, and highlights its feminist messages and the ways it sanctions alternative sexualities.

This piece explores the radical religious poetry of the 19th century Oriya saint poet Bhima Bhoi, who delineates a form of rational social organization and equality from within the philosophy of the nirguna bhakti movement. I argue that this poetry provides an alternative marginalized lineage of universalism than that provided by nationalist or colonialist discourses of liberation. And this philosophy of radical universalism was harnessed against both colonial authorities and native elites by poor tribals, thus enabling us to rethink our existing narratives about universalisms and democratic progress.

This article explores the pre-colonial Southern African idea of “a person is a person through other people” as it was coopted by multinational corporations, and as it exceeds these appropriations.