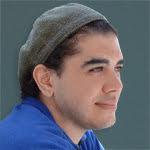 My comparativist approach to the literary production of the African Diaspora builds on the work of scholars who have been developing the field of African American Studies and Diasporic Studies within modern academia since the late 1960s. In the broadest sense of the term American, I aspire to contextualize and to treat African American literature with the care, respect, and depth accorded other “national” and “transnational” literatures. In pursuing this objective my principal intellectual foci have led me to a multi-disciplinary approach as African Americanist, comparativist, literary theorist and critic, focusing on Translation Studies, diaspora studies, and Literature of the Americas. My manuscript, New World Maker, employs this multidisciplinary approach to elucidate the key role that translation played in Langston Hughes’s creative processes and in the fomentatiion of black iinternationalism from 1930 to 1967.

I have come to understand my role in the classroom as one that capitalizes on the complementary relationship between the disciplinary drive to elicit complex interpretations from texts that draw from multiple perspectives and the academy’s growing commitment to undergraduate multi-cultural and multi-disciplinary education. I design my courses to stimulate an interactive learning environment in which students become deeply engaged with texts and develop capacities to formulate their own understandings of how works of literature convey meaning within an awareness of disciplinary expectations. I use my lectures as a means to model different critical approaches to textual analysis and draw from a wide variety of resources, ranging from canonical Western texts to artistic production in contemporary cultures the world over, with an eye to foment intellectually challenging discussions with and amongst my students.

“Survey of Literature from the Middle Ages to the 17th Century” “Foundational Fictions of World Citizens: Narrative, Geography, and Identity"

"The Foundational Fictions of World Citizens: Performativity, Sexuality, and the Post-Colonial Subject”

“The Harlem Renaissance and the African Diaspora"

“Black Literature from 1930 to the Present

“The History of Black Drama”

"African American Literature and the Left"

2009- Affiliate Faculty Memeber in the Program of Comparative Literature

2011-2012 Faculty Fellow, The Schomburg Center for Research in Black Culture

2010 “Story and Discourse,” The Encyclopedia of the Novel, edited by Peter Logan, Wiley Blackwell: Oxford (2010)

Dissertation: Lost and Found in Black Translation: Langston Hughes's Translations of French- and Spanish-Language Poetry, his Hispanic and Francophone Translators, and the Fashioning of Radical Black Subjectivities, July 1, 2007, Efraín Kristal and Richard Yarborough