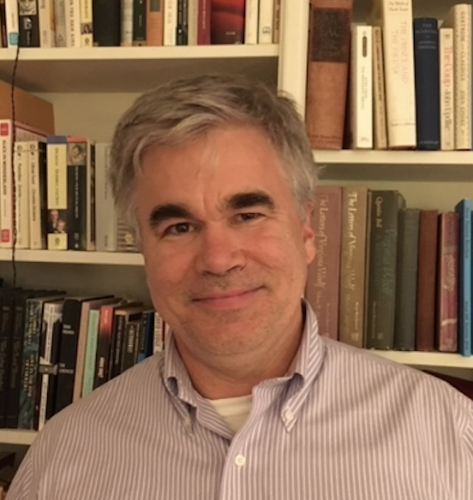 Professor Fulton writes about the cultural intersections of politics and religion, about problems in rhetoric and generic form, and on the history of reading and media history. His work on Erasmus, Shakespeare, Donne, Milton and other medieval and early modern writers has appeared in several journals and edited collections. His first book, Historical Milton: Manuscript, Print, and Political Culture in Revolutionary England (2010), uses the manuscript record of Milton’s thinking – mainly the reading notes in his commonplace book – to analyze Milton’s rhetorical methods and reading practices in the broader context of early modern methods of reading, note-taking, and writing. A similar set of interests motivates his second book, The Book of Books: Biblical Interpretation, Literary Culture, and the Political Imagination from Erasmus to Milton (2021), which investigates the intersections of biblical interpretation and literary production during the English Renaissance, focusing on such texts as Erasmus’s Education of a Christian Prince, Tyndale’s Obedience of a Christian Man, Spenser’s Faerie Queene, Shakespeare’s Measure for Measure, and Milton’s Paradise Lost.

Professor Fulton has also edited a few collections of essays, most recently The Bible on the Shakespearean Stage (2018), co-edited with Kristen Poole, which investigates the ways that Shakespeare engaged contemporary practices of biblical interpretation. In a related edited volume, The Bible and English Readers (JMEMS, 2017), a group of ten international scholars attempt to reconstruct the reading habits of both unknown and well-known biblical readers, asking what these reconstructions of readership tell us about biblical reception, English religion, national identity, and literature. With his colleague Ann Baynes Coiro he co-edited Rethinking Historicism from Shakespeare to Milton (2012), which reconsiders the practice of historicism and cross-disciplinary scholarship in a series of essays from major scholars.

Professor Fulton particularly enjoys teaching Shakespeare in performance, and leads a group of students to study with the Royal Shakespeare Company in Stratford-upon-Avon and at the Globe Theatre in London in the summer travel course, Shakespeare in England. He is eager to advise graduate students with a wide variety of interests.

The Book of Books: Biblical Interpretation, Literary Culture, and the Political Imagination from Erasmus to Milton (Philadelphia: University of Pennsylvania Press, 2021)

The Bible on the Shakespearean Stage: Cultures of Interpretation in Reformation England, co-edited with Kristen Poole (Cambridge: Cambridge University Press, 2018)