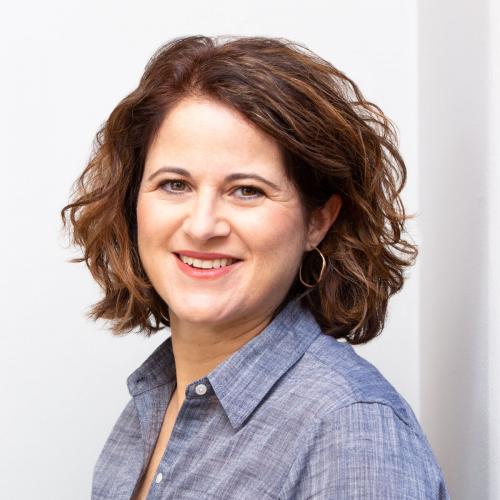 Twentieth- and twenty-first-century literatures in English, especially modernist fiction and prose, the contemporary Anglophone novel, and the novel in translation. Additional fields include world literature, multilingualism and literacy, the theory of the novel, translation studies, cosmopolitanism, and the history of reading.

Rebecca L. Walkowitz is Dean of Humanities in the School of Arts and Sciences and a former Chair of the English Department. As Distinguished Professor of English and Affiliate Faculty in Comparative Literature, she writes and teaches courses about modernism, twentieth-century British fiction, the contemporary anglophone novel, translation, world literature, and transnational approaches to literary history. In her current book project, “Future Reading,” she argues that a new generation of migrant novelists, essayists, and nonfiction fabulists are changing the way we encounter world languages, how we know and read them, and how we organize, publish, review, honor, and teach the literary works circulating today.  In chapters on "Learning to Read in Translation" and "English as an Additional Language," she calls for reading in translation as a normative feature of reading. An essay taken from the first chapter, "On Not Knowing," appeared in New Literary History in 2020. A second essay from that project, "Less Than One Language," appeared in SubStance in 2021, in a special issue on "The Postlingual Turn," which she co-edited with yasser elhariry.

Professor Walkowitz was President of the Modernist Studies Association in 2014-2015 and a faculty member at the Institute for World Literature in June 2016 and July 2019.

She has delivered more than 80 distinguished lectures in the fields of modernism, contemporary fiction, and world literature in Asia, Europe, Australia, and North America. Recent lectures include the Wolfgang Iser Lecture at the University of Konstanz (2017), a plenary lecture at the 90th annual meeting of the English Literature Society of Japan (2018), the George Steiner Lecture in Comparative Literature at Queen Mary, University of London (2019), and a plenary lecture at the "Worlds of Literature" conference at the Freie Universität Berlin (2021).  In June-July 2021, she was  a Senior Research Fellow in the Deutsche Forschungsgemeinschaft (DFG) Cluster of Excellence, “Temporal Communities: Doing Literature in a Global Context" at the Freie Universität Berlin.

She is the author of Born Translated: The Contemporary Novel in an Age of World Literature (2015) and Cosmopolitan Style: Modernism Beyond the Nation (2006), both published by Columbia University Press. Born Translated received Honorable Mention for the first annual Matei Calinescu Prize from the MLA and has been reviewed in the Times Literary Supplement, World Literature Today, and Public Books, and in many academic journals. Parts of the book have been translated or are forthcoming in Danish, Polish, and Hungarian, and a translation of the full book appeared in Japanese in 2022. Cosmopolitan Style was awarded Honorable Mention for the 2008 Perkins Prize from the International Society for the Study of Narrative.

Professor Walkowitz is also editor or coeditor of eight books, including Bad Modernisms (2006, with Douglas Mao), Immigrant Fictions (2007), and The Turn to Ethics (2000, with Marjorie Garber and Beatrice Hanssen). In 2016, she and Eric Hayot published A New Vocabulary for Global Modernism, the first volume of essays to appear in the Modernist Latitudes series at Columbia University Press.  A New Vocabulary presents essays by leading scholars working at the intersection of world literature and modernist studies.  The essays show how the intellectual paradigms we have long associated with modernism are transformed when modernism’s archive extends beyond the European center.  Read a review here.

Professor Walkowitz has a exceptional record of leadership service to the profession. She is coeditor and cofounder, with Matthew Hart and David James, of Literature Now, which has published more than 25 field-shaping, award-winning books in contemporary literary studies.  In addition to serving as President and Program Chair of the Modernist Studies Association (2014-2015; 2008-2011), she has served as an editor of the journal Contemporary Literature (2008-2012), as Publications Chair of the American Comparative Literature Association (2009-2012), as a member of the Executive Board of the Society for Novel Studies (2014-2018), as Chair of the MLA Divisions on Prose Fiction and Twentieth-Century English Literature (2013 and 2007) and as Member and Chair (2020) of the MLA Delegate Assembly Elections Committee.  At Rutgers, she has directed the Modernism & Globalization Research Group since 2007.  She is also coorganizer and cofounder, with Sarah Cole of Columbia University, of the NYNJ Modernism Seminar.

Walkowitz teaches undergraduate and graduate courses on the twentieth-century British and world Anglophone novel; theories of world literature and translation; the post-1945 British novel from Lamming to Sebald; Joyce’s Ulysses and its legacies; contemporary fiction and multilingualism; and the history and future of reading.  In Spring 2023, she will co-teach a graduate seminar, "What is Gained in Translation," with Professor Ryan Kernan.  Since 2000, Walkowitz has directed 20 Ph.D. dissertations and served on 23 additional PhD dissertation committees.  Placements for students she has directed include tenure-track and permanent faculty positions at the Borough of Manhattan Community College at CUNY, Catholic University, Duke University, Hampton University, Incheon National University (South Korea), Rutgers University, UC-Berkeley, the University of Surrey (U.K.), the University of Toronto, and Wellesley College.

Professor Walkowitz is the recipient of several major national and international fellowships, including a British Marshall Scholarship, a Javits Fellowship, an ACLS Fellowship, the Hurford Family Fellowship at the National Humanities Center, the Walter Jackson Bate Fellowship in World Literature at the Radcliffe Institute for Advanced Study at Harvard, and a Senior Research Fellowship at the Freie Universität Berlin.  She received the 2020 Board of Trustees Award for Excellence in Research from Rutgers, and three teaching prizes from the University of Wisconsin-Madison.