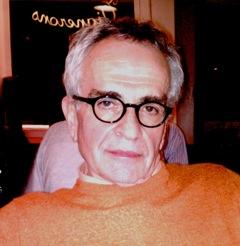 My work has continually explored the relationship of canonical Romantic writing to both contemporaneous and contiguous developments in British literature and culture, beginning with my first book, Revision and Authority in Wordsworth: The Interpretation of a Career (1989). Here I reconsidered the relationship between the poetry of Wordsworth’s so-called “great decade” and the poet’s middle and later poetry, showing how the later poetry, far from an anticlimax, represents a sharply critical engagement with the poet’s overtly Romantic writings and the hierarchies they install. In a similar vein, my second book, The Return of the Visible in British Romanticism (1993), demonstrates the extent to which Romantic culture was less a movement in the sway of a single or dominant ideology than a site of competing ideologies. Through texts ranging from Wordsworth’s The Prelude, to the theater criticism of Hazlitt, Lamb and Coleridge, to the painting of John Constable, to contemporary, precinematic spectacles such as the Panorama and the Diorama, I argue that the primacy of mind in the act of imagination was only one aspect of Romantic culture. There exists in the discourse of Romanticism a countermovement to that aesthetic experience in which things seen by the bodily eye are suddenly unassimilable to control or conceptualization in the same way that the human subject’s aspirations to autonomy are mitigated by its visibility and materiality.

My third book, The Historical Austen (2003) extends this effort to identify an expanded Romanticism by engaging the most important writer of the period not directly associated with the Romantic movement. Employing a composite of historicizing methods, ranging from the social to the literary, I retrieve Jane Austen’s writings from their seemingly regulatory disposition through an interpretation of her fiction that takes full measure of the heterogeneity of her achievement. The largest of this study's concerns, particularly in its reconception of Romantic-period writing, involves the development of the novel itself, whose progress to realism is complicated by the possible worlds that animate the otherwise probable world that Austen's fiction is thought to serve. My latest study, The History of Missed Opportunities: British Romanticism and the Emergence of the Everyday (2017) extends this investigation in further exploring an unrecognized, certainly an unappreciated, development in Romantic-era Britain: the emergence of the everyday as a distinct stratum of experience. Emergence, first theorized somewhat later in the nineteenth century, focused on the rise and synthesis of complex entities from components that were less complicated. But in a reversal of this impetus, the everyday’s emergence involved two things: the emancipation of the world from subjective or phenomenological misprision; and second, and related, the recognition that the lives and experiences of individuals (but also of nations and societies) were myopically bound to futurity––to horizons of progress––that took little stock of the present, which was increasingly “missable”  but as a prelude to being (re)discovered. The everyday’s emergence is an act of recovery that Romantic-period literature restages, transforming “history” into a placeholder for possibilities that had been ignored in deference to the “open futures” toward which everything was hurtling in “the age of revolution.”

I've taught across and at all levels of the curriculum in English, from 200-level courses to graduate seminars. I've also taught literary theory for the Comparative Literature program. Most of my teaching, however, is in late-eighteenth/early-nineteenth-century British literature through a variety of frameworks: Politics, Sensibility, Romantic Irony, the Fragment Poem, the Novel and, most recently, questions of Immediacy, the subject of my current research.