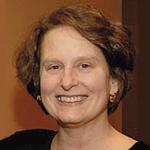 Carolyn Williams specializes in Victorian literature and culture. She has recently published a study of the comic operas of Gilbert and Sullivan, entitled Gilbert and Sullivan: Gender, Genre, Parody (Columbia University Press, 2011). The author of Transfigured World: Walter Pater’s Aesthetic Historicism (Cornell, 1989), she has also co-edited Walter Pater: Transparencies of Desire (with Laurel Brake and Lesley Higgins, ELT Press 2002). She edited a special issue of VLC on Victorian Studies and Cultural Studies (1999) and an issue of the Pater Newsletter on Queer Pater Studies (2007).

Her current research is on Victorian stage melodrama, conducted under the working title, “The Aesthetics of Melodramatic Form.” She is also currently editing The Cambridge Companion to English Melodrama (forthcoming 2017). Some recent publications include: “Stupidity and Stupefaction: Barnaby Rudge and the Mute Figure of Melodrama” in Dickens Studies Annual (2015), “Melodrama,” for the New Cambridge History of English Literature (Victorian volume), ed. Kate Flint (2012); Jane Eyre 2011 (on the film) in VLC (2012); “The Gutter Effect in Eve Kosofsky Sedgwick’s A Dialogue on Love,” in Graphic Subjects, ed. Michael Chaney (2011); “Eve Sedgwick, the Boston Years: Her Humor and Her Anger,” in Criticism (2010); “Walter Pater, Film Theorist,” in Victorian Aesthetic Conditions: Pater Across the Arts, ed. Elicia Clements and Lesley Higgins (2010); “Parody and Poetic Tradition: Gilbert and Sullivan’s Patience,” in Victorian Poetry (2008); “Moving Pictures: George Eliot and Melodrama,” in Compassion: The Culture and Politics of an Emotion, ed. Lauren Berlant (2004); “Pater’s Impressionism and the Form of Historical Revival,” in Knowing the Past: Victorian Literature and Culture, ed. Suzy Anger (2001); “Intimacy and Theatricality: Mike Leigh’s Topsy-Turvy,” in VLC (2000); and “Parody, Pastiche and the Play of Genres,” in The Victorian Comic Spirit: New Perspectives, ed. Jennifer Wagner-Lawlor (2000).

Until 2010 she was Director of Undergraduate Studies and Director of the Writers at Rutgers and the Writers from Rutgers reading series. She was the founding Director of Writers House since 2008 directed by Mark Doty. She has served as Chair of the Department since 2010. Outside of Rutgers, she has served on the Supervisory Board of The English Institute, the Executive Board of The Dickens Project, the Advisory Board of NAVSA (North American Victorian Studies Association) and the PMLA Advisory Committee as well as the editorial boards of Victorian Literature and Culture, English Literature in Transition, and Nineteenth-Century Theatre and Film.

She was awarded the Guggenheim Fellowship in 2004-5, the Warren I. Susman Award for Excellence in Teaching in 1999, and the Scholar-Teacher Award in 2010.