Manuel Betancourt (Rutgers English Ph.D., 2015) will present his new book, Judy at Carnegie Hall, and answer our questions about Judy Garland, his work as a cultural critic, and life after the doctorate. 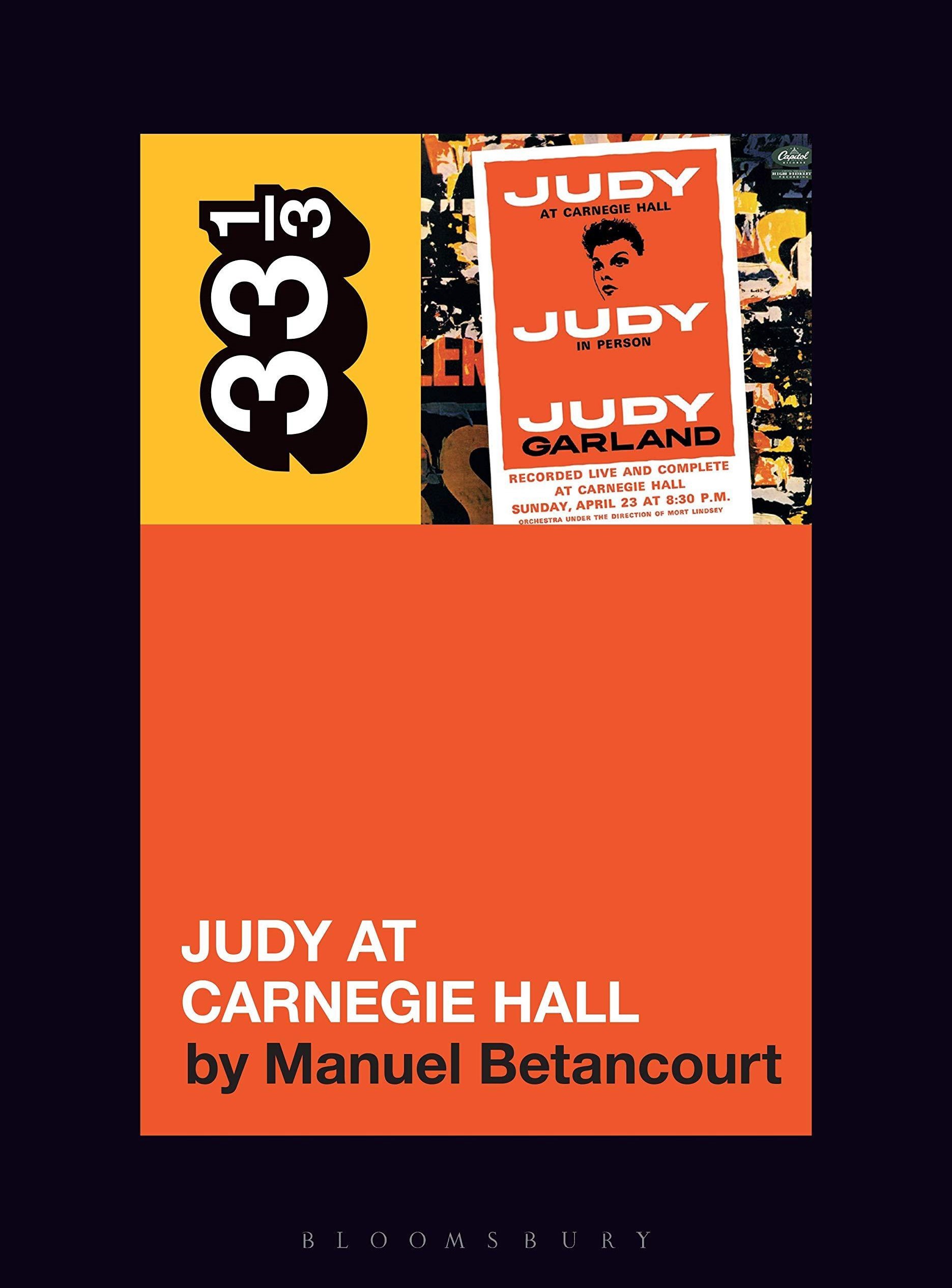 Published this year in Bloomsbury’s “33 1/3” series of short books about individual popular albums, Betancourt’s book looks at the night Judy Garland made history. That’s no hyperbole. Surrounded by a throng of ecstatic fans (3,165 to be exact), the legendary performer delivered a concert in Carnegie Hall that became an unlikely pop cultural phenomenon. Judy at Carnegie Hall spent more than 70 weeks on the Billboard charts, won four Grammy Awards—including Album of the Year—and became the fastest-selling two-disc set in history. What the recording highlights, and what’s made it an enduring classic, is the palpable connection between the songstress and her fans. “Indeed,” The New York Times reported, “what actually was to have been a concert—and was—also turned into something not too remote from a revival meeting.” By looking at her song choices, her stage banter, and her place in the gay pantheon, this book argues that Judy’s palpable connection with her fans is precisely what her Capitol Records’ two-disc album captured.

Manuel Betancourt is a writer based out of Los Angeles. He earned his Ph.D. in English Literature from Rutgers English in 2015. His cultural criticism has appeared online in The New York Times, Film Quarterly, Esquire, and BuzzFeed Reader, among other venues.

Please RSVP to This email address is being protected from spambots. You need JavaScript enabled to view it.. We have some free copies of the book available, and we’ll send them to confirmed attendees until we run out.