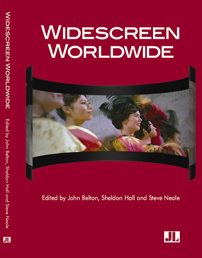 Examining widescreen cinema as a worldwide aesthetic and industrial phenomenon, the essays in this volume situate the individual expressions of this new technology within the larger cultural and industrial practices that inform them. What Hollywood sought to market globally as CinemaScope, SuperScope, Techniscope, Technirama, and Panavision took indigenous form in a host of compatible anamorphic formats developed around the world. The book documents how the aesthetics of the first wave of American widescreen films underwent revision in Europe and Asia as filmmakers brought their own idiolect to the language of widescreen mise-en-scène, editing, and sound practices. The work of Otto Preminger, Anthony Mann, Samuel Fuller, Sam Peckinpah, Seijun Suzuki, Kihachi Okamoto, and Tai Kato, among others, is addressed. 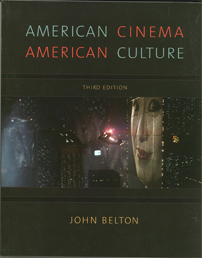 Ideal for Introduction to American Cinema courses, American Film History courses, and Introductory Film Appreciation courses focused on American Film, this text offers a "cultural" examination of the American movie-making industry, with particular attention paid to the economic and aesthetic institution of Hollywood.

The history of American widescreen cinema, like the history of American cinema itself, begins with notions of novelty. Indeed, the popular reception of the widescreen revolution looks back to attitudes surrounding the invention of the cinema; both were considered to be short-lived phenomena of minor cultural or aesthetic significance. A new technology designed primarily for short-term amusement, the cinema remained a novelty until its technology no longer supplied the greater part on its amusement value. 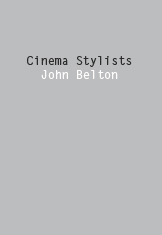 This collection of essays on visual style in the cinema examines the work
of diverse directors and actors. 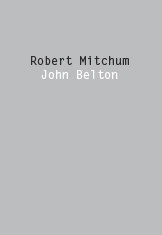 A Pyramid illustrated history of the movies.