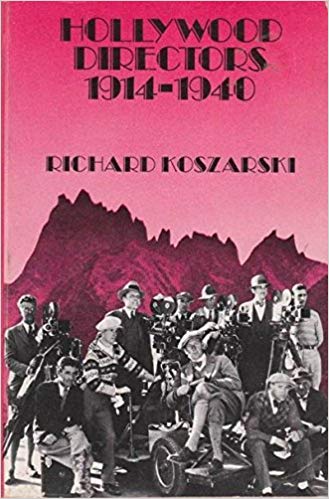 When Orson Welles arrived in Hollywood in 1939 to film Citizen Kane he discovered a town still top-heavy with glamour but he described the RKO Pictures as "the greatest electric train set a boy ever had". Legendary stars looked down from every screen and fabulous moguls ruled over a studio system that had been growing in strength for two decades or more. But even as Welles made his first wondrous tour of the RKO lot the handwriting was on the wall. In the decades since, Hollywood has become a staging area for multinational talent packages and the only really stars are those in the sidewalks of Hollywood Boulevard. Hollywood Directors 1941-1976 is a history of these crucial years told by those who made it happen: the directors who led the cinema revolution as well as those who perished in it. The questions, opinions, fears and desires are those written down in the heat of battle by fifty of Hollywood's most outspoken directors, including Hitchcock, Kubrick, Renoir, and Capra. Their topics range from Ben-Hur to Chuck Jones. In bringing together these articles, few of which have seen the light of day since their first appearance, Koszarski gives us a unique insight into the work of Hollywood's foremost filmmakers. From Orson Welles's first caustic comments on the producer system to the aggressive independent filmmakers of today, this is the inside story of one of the most hectic and exasperating years of Hollywood history. Richard Koszarski holds degrees from Hofstra University and New York University and is Professor of English and Film at Rutgers University and the editor-in-chief of Film History: An International Journal.