In the best tradition of nature writing, Professor George Levine mediates on the way birds and birding are entangled with the most ordinary and the most important aspects of our lives. He is a "birder," not a professional ornithologist; but on his way to describing the entanglements of his birding activities with his work, family, and friends, he provides plenty of detail about the birds themselves. Lifebirds is primarily a consideration of the experience and human significance of watching birds rather than of the birds as objects of systematic study. It conveys a rich sense of the extraordinary variety and excitement of birding, the complications and subtleties of bird identification, the implication of birding in the imagination, and the ways in which the world of birds can parallel and illuminate the human world. While one doesn't have to be interested in birds to read Lifebirds with pleasure, Professor Levine attempts to seduce the reader into the birding experience through a series of autobiographical memoirs with birds at their center. It is aimed, then, not at the experts, except as experts may find in it echoes of their own birding enthusiasms and indications of how a journeyman experiences their more rigorously constructed world. Rather, it is aimed at those whose love of life has been or might yet be wonderfully enhanced by encounters with birds - visible in their backyards or in the wilderness - and their magical songs and glorious colors. 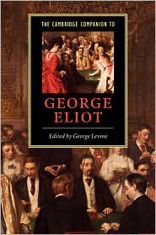 Dying to Know: Scientific Epistemology and Narrative in Victorian England

Dying to Know: Scientific Epistemology and Narrative in Victorian England

In Dying to Know, eminent critic George Levine makes a landmark contribution to the history and theory of scientific knowledge. This long-awaited book explores the paradoxes of our modern ideal of objectivity, in particular its emphasis on the impersonality and disinterestedness of truth. How, asks Professor Levine, did this idea of selfless knowledge come to be established and moralized in the nineteenth century?

Professor Levine shows that for nineteenth-century scientists, novelists, poets, and philosophers, access to the truth depended on conditions of such profound self-abnegation that pursuit of it might be taken as tantamount to the pursuit of death. The Victorians, he argues, were dying to know in the sense that they could imagine achieving pure knowledge only in a condition where the body ceases to make its claims: to achieve enlightenment, virtue, and salvation, one must die.

Dying to Know is ultimately a study of this moral ideal of epistemology. But it is also something much more: a spirited defense of the difficult pursuit of objectivity, the ethical significance of sacrifice, and the importance of finding a shareable form of knowledge.

The Origin of Species

On December 27, 1831, the young naturalist Charles Darwin left Plymouth Harbor aboard the HMS Beagle. For the next five years, he conducted research on plants and animals from around the globe, amassing a body of evidence that would culminate in one of the greatest discoveries in the history of mankind the theory of evolution.

Darwin presented his stunning insights in a landmark book that forever altered the way human beings view themselves and the world they live in. In The Origin of Species, he convincingly demonstrates the fact of evolution: that existing animals and plants cannot have appeared separately but must have slowly transformed from ancestral creatures. Most important, the book fully explains the mechanism that effects such a transformation: natural selection, the idea that made evolution scientifically intelligible for the first time.

One of the few revolutionary works of science that is engrossingly readable, The Origin of Species not only launched the science of modern biology but also has influenced virtually all subsequent literary, philosophical, and religious thinking.

Professor George Levine has written extensively about Darwin and the relation of science and literature, particularly in Darwin and the Novelists. He is the author of many related books, including The Realistic Imagination, Dying to Know, and his bird watching memoirs, Lifebirds.