Mystery of the Wax Museum 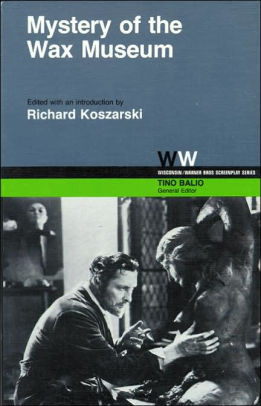 The Depression-era vogue for horror and the supernatural produced some of Hollywoood's most memorable chillers, among them Dr. Jekyll and Mr. Hyde (Paramount), Frankenstein, (Universal), and King Kong (RKO). At Warner Brothers, the main entry was Mystery of the Wax Museum, directed by Michael Curtiz, a grand thriller of 1933 in which Fay Wray (Who would appear opposite Kong later that same year) was threatened with waxy immortality by the maniacal Lionel Atwill.