A pioneering work of cultural reclamation more than a decade in preparation, Women Writing Africa, Volume 3: The Eastern Region collects more than a hundred texts dating back to 1711, each introduced with short notes. In the 1960s, the five countries represented—Kenya, Malawi, Tanzania, Uganda, and Zambia—achieved independence. Women made historic contributions in the resistance struggles and later during the process of development, as entries from activists and eloquent members of parliament attest.

The volume boasts entries of uncommon historical interest including two rare texts by former slave women; a 1711 letter written by a woman who ruled a large Muslim domain; a mid-19th-century Muslim epic poem, freshly translated; a Christian hymn dating to 1890; and a memoir by a Mau Mau general. The 2004 Nobel Peace Prize Lecture by Wangari Maathai, the first environmentalist and the first African woman named a Nobel laureate, concludes the volume.

While Kiswahili and English are the dominant languages of the region, 31 other languages have been translated for the volume. Motherhood, education, religion, workforce participation, widows’ rights, prostitution, polygamy, circumcision, rebellion, and HIV/AIDS are some of the subjects examined in fiction, poetry, letters, journalism, oral histories, speeches, and historical documents spanning three centuries.

The Women Writing Africa Project, co-directed by Professor Abena P. A. Busia, reveals that women were often absent from the official record in the history of West Africa and the Sahel, a vast expanse of land lying between the Sahara Desert and the Gulf of Guinea. This volume the second in a series intended to represent women's oral and literary production through most of the African continent provides a timely intervention that can be situated within the abundance of recent vibrant scholarship about the region, all of which constitutes the strong beginnings of a revised historiography of African women.

The myriad of voices in this volume establish a clear artistic perspective of the lives of women in the region while showing a subtext that both challenges former European assumptions about African women and adds information to newly reconstructed histories. The second volume of the Women Writing Africa Project opens the doors to new stories, participates in new thinking about African women in the current postcolonial moment, and fills in gaps in the epistemologies and histories on the continent as well as in the European discourses of Africa's Invention. 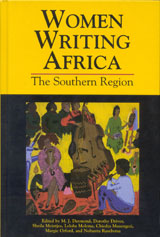 The first of four volumes in the Women Writing Africa Project, this landmark collection presents two centuries of texts by African women and reveals a powerful cultural legacy. Ranging from communal songs and folk tales to letters, diaries, poems, fiction, interviews, court records, and other documents, the texts offer a vivid picture of African women's lives. Their work and families, their experiences with the cruelty of colonialism and war, and their struggles for civil rights are described in voices young and old, of diverse racial and ethnic identities. The volume includes Urieta Kazahendike, an early convert to Christianity, and Queen Regent Labotsibeni of Swaziland, as well as writers and activists such as Bessie Head, Doris Lessing, Nadine Gordimer, Sindiwe Magona, and Winnie Mandela.

Professor Busia, a poet and short story writer, is Project Co-Director of Women Writing Africa. She has been involved in producing groundbreaking and historic published collections of African and Indian women writers, who have rarely been heard and never before gathered in one publication.

Theorizing Black Feminisms, a compilation of the latest work from Black women in the academy, is representative of some of the most crucial debates going on among Black feminists today. The contributors all work with the shared belief that Black women are not simply the victims of various oppressions, but are also visionary and pragmatic agents of change. Theorizing Black Feminisms includes essays from Black women scholars in a wide variety of disciplines such as literature, sociology, history, political science, anthropology, and art in order to explore the multidisciplinary possibilities of Black feminism. 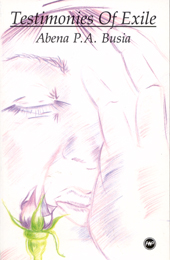