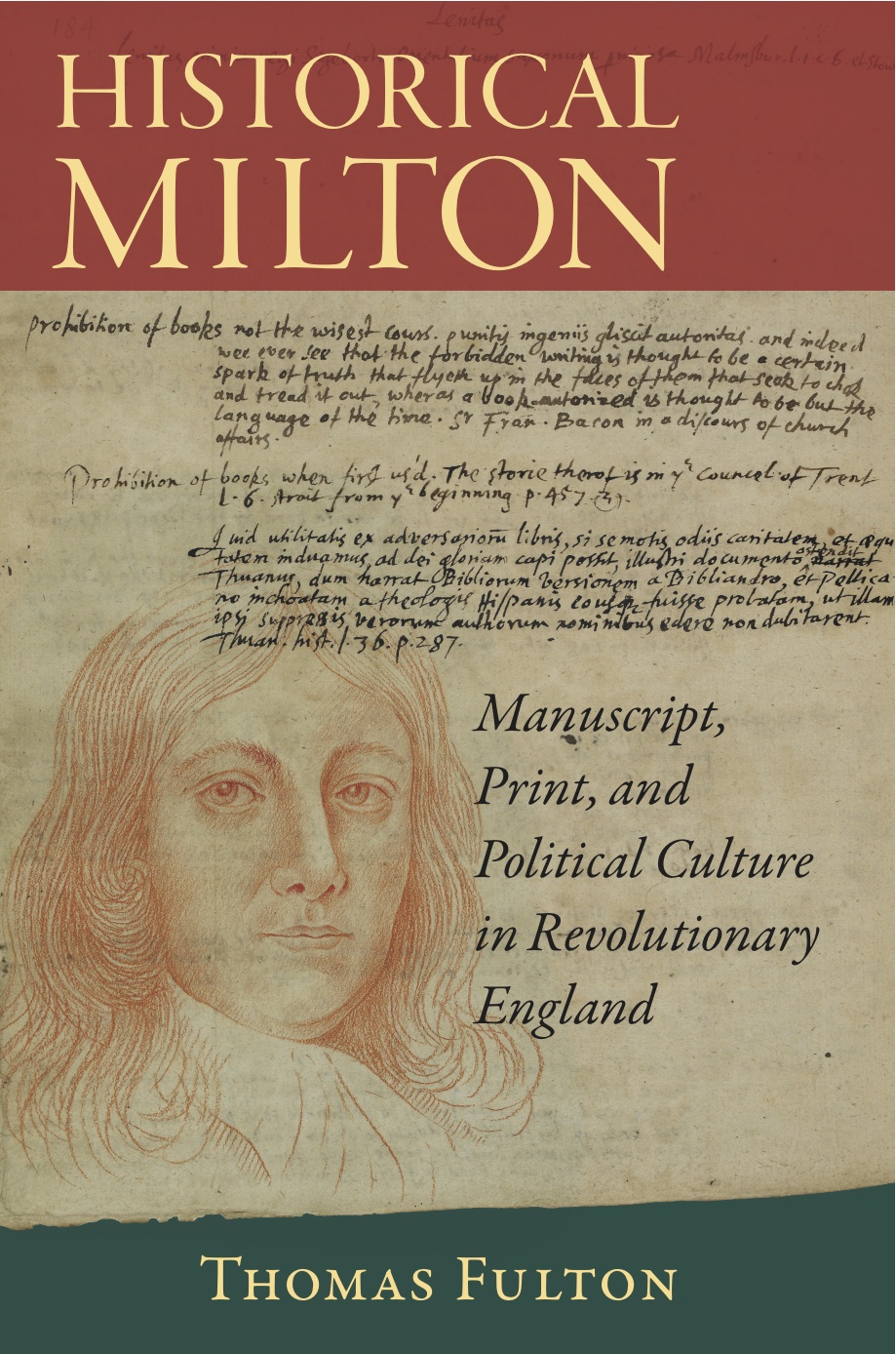 Historical Milton: Manuscript, Print, and Political Culture in Revolutionary England focuses on the relationship between the manuscript evidence of John Milton’s thinking and its public performance in his printed works.   The book exploits Milton’s unusually extensive archive for understanding relationships between rhetoric and media: a reading notebook known as his Commonplace Book; a manuscript “Digression” that was designed to accompany his printed History of Britain; the manuscript of the Christian Doctrine, too radical (or heretical) to be printed during Milton’s lifetime; and a large collection of poetic manuscripts and drafts.  Historical Milton focuses especially on the first two of these manuscripts, the Commonplace Book and the trenchant “Digression.” Milton’s Commonplace Book is the only extant political notebook of a radical polemicist writing during the English Civil War, and the most extensive manuscript record of reading we have from a major English poet of this period.