Theory of the Novel: A Historical Approach 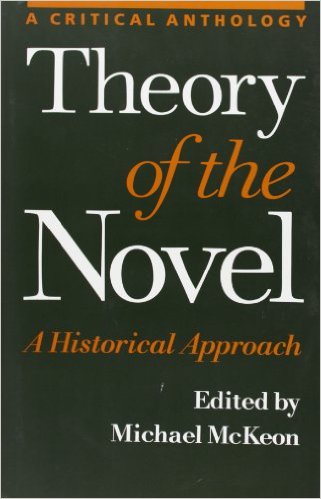 Professor Michael McKeon, author of The Origins of the English Novel, 1600-1740, here assembles a collection of influential essays on the theory of the novel. Carefully chosen selections from Frye, Benjamin, Levi-Strauss, Lukacs, Bakhtin, and other prominent theorists explore the historical significance of the novel as a genre, from its early beginnings to its modern variations in the postmodern novel and postcolonial novel.

Offering a generous selection of key theoretical texts for students and scholars alike, Theory of the Novel also presents a provocative argument for studying the genre. In his introduction to the volume and in headnotes to each section, Professor McKeon argues that genre theory and history provide the best approach to understanding the novel. All the selections in this anthology date from the twentieth century--most from the last forty years--and represent the attempts of different theorists, and different theoretical schools, to describe the historical stages of the genre's formal development.