Professor Evie Shockley's collection of poems, semiautomatic, has been honored yet again, this time with the 2018 prestigious Hurston/Wright award 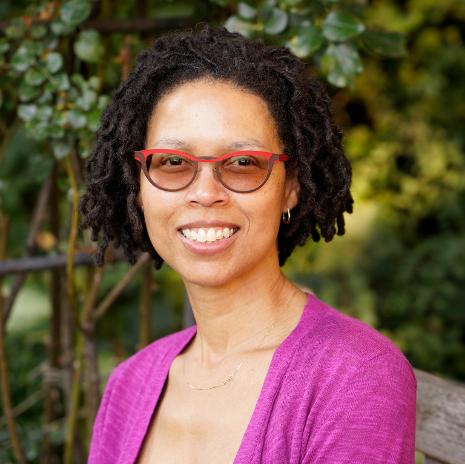 Although it’s not a surprise to find wonderful scholars and writers in the English Department at Rutgers, it’s still a remarkable gift to have a colleague like Evie Shockley, whose third full collection of poems, semiautomatic, was one of three finalists for this year’s Pulitzer Prize for Poetry.

Of all the books of poetry published in the U.S. last year, then, Shockley’s book was among the three very finest, in the eyes of the jurors – and in truth, at this level, any of the books might have won, especially since their aim and their aesthetics are so wildly diverse that it doesn’t make sense to compare them. As a poet, I’m thrilled to work with a writer who’s doing such powerful work, right at the top of her field, broadening the scope of American poetry now.

And Evie’s work really does new and courageous things. She loves formal experimentation, and the games we play with language – puns, acrostics, double meanings, homonyms, letters arranged to make shapes on the page – but she’s never just playing. Formal experiments, for her, are a way to approach saying difficult things. If a poem has a playful surface, if its diction references pop culture and the flotsam of the moment, then aren’t we a bit more likely to keep reading? Even if the poem asks us to think about climate change, or gun violence, or the ongoing assaults on people of color perpetrated by law enforcement personnel?

semiautomatic may be Evie’s bravest book yet, in that it’s a kind of handbook for hard times, a suite of poems to turn to when we’re negotiating the many kinds of danger the world presents day after day. Traffic, random acts of cruelty, the biases of strangers, bad water, bad air, bad politics – Shockley doesn’t flinch; her artful, musically inflected poems find ways to talk about subjects that often make other poets despair.

I’ll just add that her poems are also deeply grounded in tradition. They bring the music and poetry of three centuries of African-American life on this continent onto the page. They participate in the rich conversation between black poetics and experimentalism, and in the ongoing dialogue about poetry and public life.

Knowing that an artist this good is working among us is for me one of the quiet pleasures of teaching. Evie raises the bar. I don’t mean in a competitive sense. If she were a pole vaulter, I’d be standing below delighting in the imaginative arc she’s just made in the air, an inventive shape that’s entirely her own.