Riceoeur on Time and Narrative: An Introduction to Temps Et Recit

“The object of this book,” writes William C. Dowling in his preface, “is to make the key concepts of Paul Ricoeur’s Time and Narrative available to readers who might have felt bewildered by the twists and turns of its argument.” The sources of puzzlement are, he notes, many. For some, it is Ricoeur’s famously indirect style of presentation, in which the polarities of argument and exegesis seem so often and so suddenly to have reversed themselves. For others, it is the extraordinary intellectual range of Ricoeur’s argument, drawing on traditions as distant from each other as Heideggerian existentialism, French structuralism, and Anglo-American analytic philosophy. Yet beneath the labyrinthian surface of Ricoeur’s Temps et récit, Dowling reveals a single extended argument that, though developed unsystematically, is meant to be understood in systematic terms. 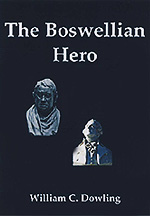 Language and Logos in Boswell's Life of Johnson

Literary Federalism in the Age of Jefferson

The Port Folio magazine, America's first major journal of literary and political opinion, was edited by Joseph Dennie between 1801 and 1811. This new study argues that as The Port Folio mounted a last spirited defense of classical republican values against "American Jacobinism," the struggle between its Federalist writers and the forces of Jeffersonian ideology gave rise to an important tradition in American writing.

"The triumphing of Jefferson's party will be but short," Dennie optimistically predicted in 1801. "Men will wake from the dreams of apathy, and the darkness of delusion." By the end of 1807, however, Dennie and the Port Folio writers had come to realize that they were on the losing side of history, and that the triumph of Jeffersonian ideology would be total and permanent. Literary Federalism then originates as a tradition, argues William C. Dowling, in the attempt of Dennie and The Port Folio to provide a sanctuary for classical republican values within a separate world of the literary imagination, a mode of writing that might serve as a permanent refuge from the degraded conditions of American social existence.Literary Federalism in the Age of Jefferson contends that, in the struggle of thePort Folio writers against Jeffersonian ideology, lie the hidden origins of American literature, conceived of as "a world elsewhere" in Richard Poirier's celebrated phrase—a sustained tradition of literary alienation and estrangement stretching from Washington Irving through Henry David Thoreau and Herman Melville to Henry James and Henry Adams in the twentieth century.

A Reader's Companion to Infinite Jest 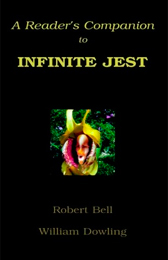 A Reader’s Companion to "Infinite Jest" is a guide for readers who have heard about the literary genius of David Foster Wallace’s huge and sprawling novel, but have been put off by its length and narrative complexity. Composed by two distinguished literary scholars, the Companion is designed both for general readers and for college students taking courses on postmodern fiction. Along with an detailed overview of narrative structure, the Companion includes a synopsis of plot, a compendium of major characters, a directory of minor characters and real people, a short dictionary of slang and idioms, and a section listing and explaining Infinite Jest’s acronyms.