On Freedom and the Will to Adorn: The Art of the African American Essay 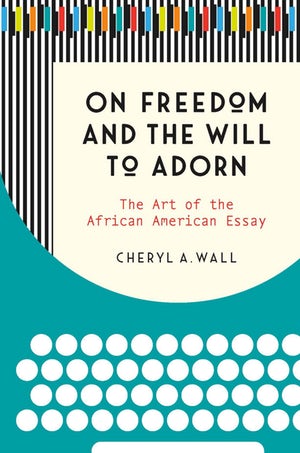 Although they have written in various genres, African American writers as notable and diverse as W. E. B. Du Bois, James Baldwin, and Alice Walker have done their most influential work in the essay form. The Souls of Black Folk, The Fire Next Time, and In Search of Our Mothers' Gardens are landmarks in African American literary history. Many other writers, such as Ralph Ellison, Zora Neale Hurston, James Weldon Johnson, and Richard Wright, are acclaimed essayists but achieved greater fame for their work in other genres; their essay work is often overlooked or studied only in the contexts of their better-known works. Here Cheryl A. Wall offers the first sustained study of the African American essay as a distinct literary genre.

Beginning with the sermons, orations, and writing of nineteenth-century men and women like Frederick Douglass who laid the foundation for the African American essay, Wall examines the genre's evolution through the Harlem Renaissance. She then turns her attention to four writers she regards as among the most influential essayists of the twentieth century: Baldwin, Ellison, June Jordan, and Alice Walker. She closes the book with a discussion of the status of the essay in the twenty-first century as it shifts its medium from print to digital in the hands of writers like Ta-Nehisi Coates and Brittney Cooper. Wall's beautifully written and insightful book is nothing less than a redefinition of how we understand the genres of African American literature.

Savoring the Salt: The Legacy of Toni Cade Bambara 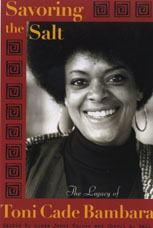 The extraordinary spirit of Toni Cade Bambara lives on in Savoring the Salt, a vibrant and appreciative recollection of the work and legacy of the multi-talented, African American writer, teacher, filmmaker, and activist. Among the contributors who remember Bambara, reflect on her work, and examine its meaning today are Toni Morrison, Amiri Baraka, Pearl Cleage, Ruby Dee, Beverly Guy-Sheftall, Nikki Giovanni, Avery Gordon Audre Lorde, and Sonia Sanchez.

Admiring readers have kept Bambara's fiction in print since her first collection of stories, Gorilla, My Love, was published in 1972. She continued to write-and her audience and reputation continued to grow-until her untimely death in 1995. Savoring the Salt includes excerpts from her published and unpublished writings, along with interviews and photos of Bambara. The mix of poets and scholars, novelists and critics, political activists, and filmmakers represented here testifies to the ongoing importance and enduring appeal of her work. 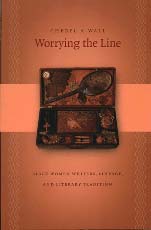 Zora Neale Hurston’s "Their Eyes Were Watching God: A Casebook" 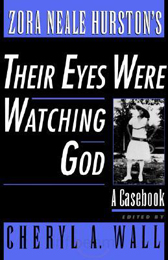 This collection of previously published essays concerning Zora Neale Hurston's most widely read and widely taught novel will be useful to both students and scholars. As Professor Cheryl Wall notes in her introduction, Their Eyes Were Watching God has recently attained canonical status, due in large part to the proliferation of critical interest in the novel. Wall has selected essays that provide both a clear overview of the novel's critical history and substantial insight into debates that continue to influence responses to Hurston's work.

Women of the Harlem Renaissance

For her multidimensional study, Professor Wall chooses to use the most expansive definition of the Harlem Renaissance in order to include writers whose work was published during the Depression and women like Ann Spencer, who lived outside of Harlem. But while Professor Wall discusses the significant contributions of Spencer, Marita Bonner and Georgia Douglas Johnson, her focus is firmly on three central figures: Jessie Redmon Fauset, Nella Larsen and Zora Neale Hurston. Wall offers a wealth of information and insight on their work, lives and interaction with other writers. The three women are quite different. The vivacious Fauset (Plum Bun) was a middle-class, well-traveled northerner who, as literary editor of W.E.B. Du Bois's The Crisis from 1919 to 1926, came to know many of the great literary figures of the time. Larsen had a more tumultuous background and never fit in anywhere until her move to Harlem. It was then that she wrote her acclaimed Quicksand and Passing, the novels that made her part of the inner circle before she disappeared almost as quickly as she appeared. The most celebrated woman writer of the period, Hurston (Their Eyes Were Watching God and Mules & Men) was also one of the era's few true daughters of the rural South and spent most of the years of the Harlem Renaissance on the road. Professor Wall offers strong critiques of these women's work, uncovering certain similarities, including, most importantly, the travel motif as not only a reflection of the mass migrations of the day but also a larger dislocation.