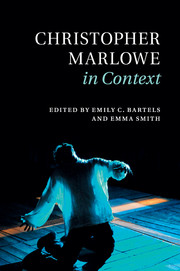 The life and death of Christopher Marlowe has long been shrouded in mystery and subject to speculation. One of the foremost dramatists of his day, Marlowe and his writings exerted an influence not only on the work of his contemporaries, including Shakespeare, but also on literary culture to the present. Setting Marlowe's writings in their historical context, this collection showcases the most exciting critics writing on critical and contextual approaches to his poems and plays, discussing both major and lesser-known works. In three sections, 'Marlowe's works', 'Marlowe's world', and 'Marlowe's reception,' short chapters tell a story ranging from classical literature through to modern cinema. Other topics covered include religion, geography, audience, and women. Chapters on the critics and Marlowe now show how and why his works continue to resonate and a comprehensive further reading list provides helpful suggestions for those who want to find out more.