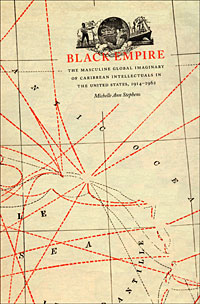 In Black Empire, Professor Stephens examines the ideal of “transnational blackness” that emerged in the work of radical black intellectuals from the British West Indies in the early twentieth century. Focusing on the writings of Marcus Garvey, Claude McKay, and C. L. R. James, she shows how these thinkers developed ideas of a worldwide racial movement and federated global black political community that transcended the boundaries of nation-states. Professor Stephens highlights key geopolitical and historical events that gave rise to these writers’ intellectual investment in new modes of black political self-determination. She describes their engagement with the fate of African Americans within the burgeoning U.S. empire, their disillusionment with the potential of post–World War I international organizations such as the League of Nations to acknowledge, let alone improve, the material conditions of people of color around the world, and the inspiration they took from the Bolshevik Revolution, which offered models of revolution and community not based on nationality.

Professor Stephens argues that the global black political consciousness she identifies was constituted by both radical and reactionary impulses. On the one hand, Garvey, McKay, and James saw freedom of movement as the basis of black transnationalism. The Caribbean archipelago—a geographic space ideally suited to the free movement of black subjects across national boundaries—became the metaphoric heart of their vision. On the other hand, these three writers were deeply influenced by the ideas of militarism, empire, and male sovereignty that shaped global political discourse in the early twentieth century. As such, their vision of transnational blackness excluded women’s political subjectivities. Drawing together insights from American, African American, Caribbean, and gender studies, Black Empire is a major contribution to ongoing conversations about nation and diaspora.