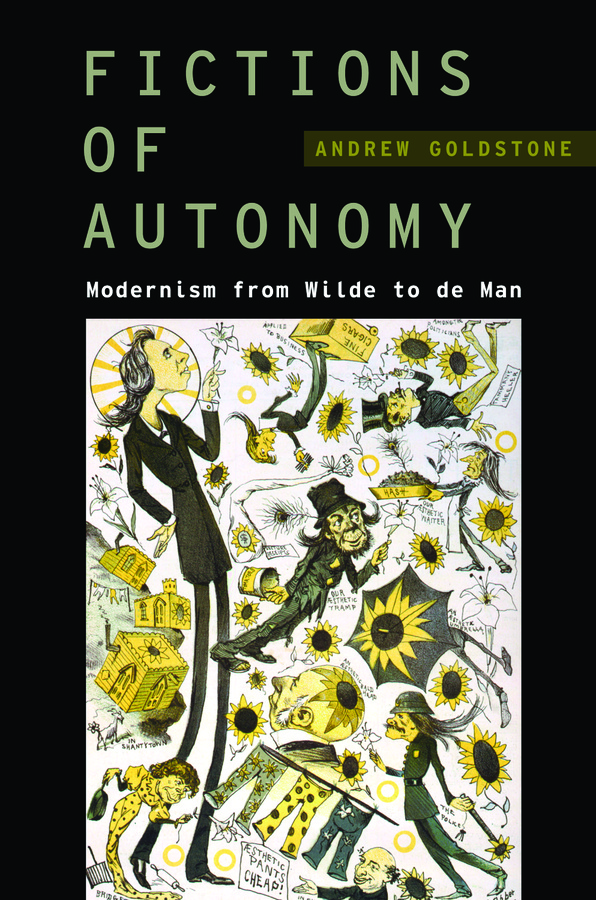 No aspect of modernist literature has attracted more passionate defenses, or more furious denunciations, than its affinity for the idea of autonomy. A belief in art as a law unto itself is central to the work of many writers from the late nineteenth century to the present. But is this belief just a way of denying art’s social contexts, its roots in the lives of its creators, its political and ethical obligations?

Fictions of Autonomy argues that the concept of autonomy is, on the contrary, essential for understanding modernism historically. Disputing the prevailing skepticism about autonomy, Andrew Goldstone shows that the pursuit of relative independence within society is modernism’s distinctive way of relating to its contexts. Modernist autonomy is grounded in connections to servants and audiences, aging bodies and wardrobe choices; it joins T.S. Eliot to Adorno as exponents of late style and Djuna Barnes to Joyce as anti-communal cosmopolitans. Autonomy reveals new affinities across an expansive modernist field from Henry James and Proust to Stevens and de Man. Drawing on Bourdieu’s sociology, formalist reading, and historical contextualization, this book shows autonomy’s range—and its limitations—as a modernist mode of social practice.

Nothing less than an argument for a wholesale revision of the assumptions of modernist studies, Fictions of Autonomy is also an intervention in literary theory. This book shows why anyone interested in literary history, the sociology of culture, and aesthetics needs to take account of the social, stylistic, and political significance of the problem, and the potential, of autonomy.